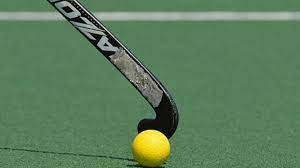 DHAKA, May 24, 2022 (BSS)- Bangladesh national hockey team shrugged off their

previous match defeat as they fought back to beat Oman by 2-1 goals in their
second Pool B match held today (Tuesday) at the Bung Karno Sports Arena in
Jakarta, Indonesia.

In the day's match, Ahraful Islam and Mohammad Rakibul scored one goal each
for the boys in red and green.

Khursedur Rahman of Bangladesh was named the player of the match for his
impressive performance in the match.

Bangladesh which placed in Pool B along with Korea, Malaysia and Oman, will
play their third and ultimate group match against strong Malaysia scheduled
to be held on Thursday (May 26) at the same venue.

Earlier on Monday last, Bangladesh suffered a massive 1-6 goal defeat to
strong South Korea in their opening Pool B match.

The top three teams of this tournament will qualify for the next Men's FIH
Hockey World Cup to be held in India next year.