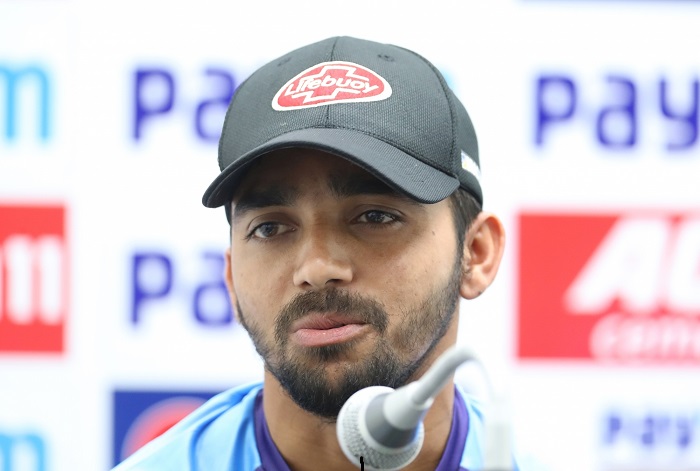 DHAKA, May 22, 2022 (BSS) - Bangladesh captain Mominul Haque sensed a victory in the second Test against Sri Lanka at Sher-e-Bangla National Cricket Stadium in Dhaka, given their track record and condition here.

Moreover, their domination in the drawn first Test in Chattogram gave the side an additional confidence, according to Mominul.

Bangladesh spinners led by Taijul Islam raised a hope of unlikely victory in the first when they reduced Sri Lanka to 161-6 about halfway through the middle session. Sri Lanka's lead just 93 runs by then but Niroshan Dickwella and Dinesh Chandimal saved the day for Sri Lanka by salving draw.

"We are seeing a great opportunity here and therefore we are keen to start anew," Mominul said here today.

"We don't want to think what happened in the last Test. If we are able to play as a team hopefully the result will come for us. Mirpur always gave us a result. Perhaps you have rarely seen that a game has finished here without result and the bowling department always has been playing a significant role here along with the batting. If we can perform as a team... we consistently work on a particular area to register a win at Mirpur."

Sher-e-Bangla National Cricket Stadium, considered as 'Home of Cricket' for Bangladesh so far hosted 23 Test matches. While opponents have won 13 matches, Bangladesh have just registered win in six matches. Three matches were drawn while one match was washed out. But since Bangladesh and Africa matches in 2015, no matches were drawn here. That particular match too was drawn due to heavy rain.

According to weather forecast, rain could disrupt the second Test but Mominul, regardless of rain or bad weather had already devised all kind of plan to win the Test and snapped the losing streak against Sri Lanka here.

"Mirpur always produces result. I can't remember when it didn't produce the result last time. We have to bowl and bat well here and we have already devised a plan to win the Test," he added.

Mominul emphasized on team game, saying that when the Bangladesh play as a team, the opportunity to win increases heavily.

"You can't win a Test game through just some individual brilliance. You have to play as a team and dominate all the 15 sessions. If one session gets bad, it is enough to cost the game," he remarked.

"Hopefully we can play as a team. And we have to show our unity indeed because we badly want to win this game," he concluded.