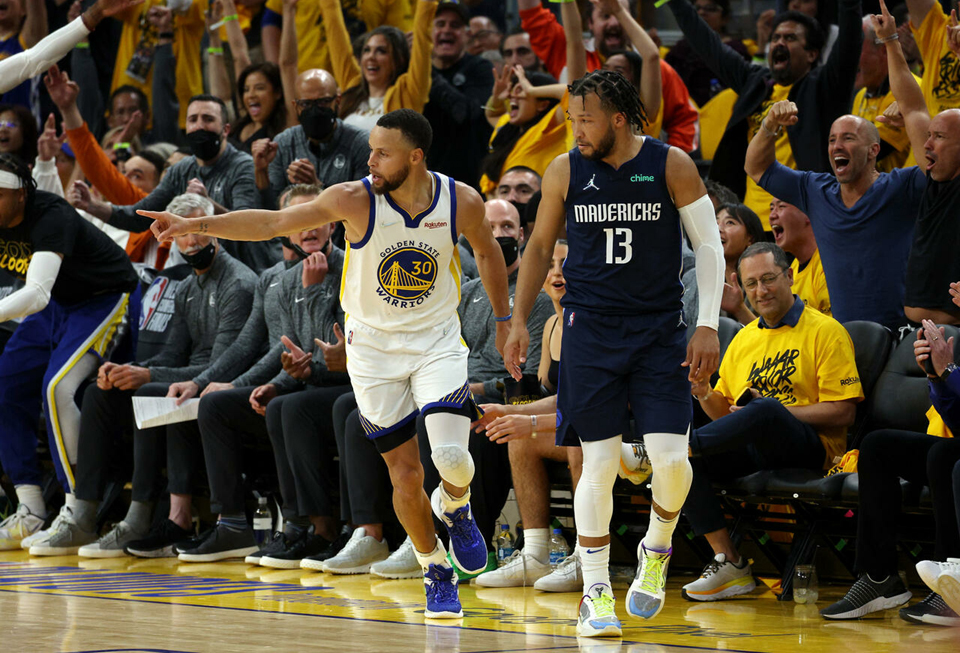 A pulsating clash at San Francisco's Chase Center saw the Warriors overturn a 19-point first-half deficit for a victory that leaves the six-time NBA champions 2-0 up in the best-of-seven series.

Curry may have led the Warriors scoring but the remarkable turnaround owed everything to a dogged team performance.

Looney in particular delivered a crucial performance with a career-high 21 points and 12 rebounds.

But the night and victory belonged to the Warriors, who had been left shellshocked by Dallas in a wild first half.

The Mavericks erupted for 72 points in the first two quarters that left them 14 points clear, leading 72-58 at the break.

Reggie Bullock was also deadly from downtown, making four of out five attempts from three-point range in the first half.

The Mavs led from the outset, with Doncic putting them 5-0 ahead before a 13-0 run left Dallas 23-8 up with just a few minutes gone.

Stung into action, the Warriors produced a 13-0 run of their own to get back within three points at 26-23, but once again Dallas pulled clear with deadly long-range shooting.

Dallas made 15 of 27 three-pointers during the first half, almost double the eight-of-15 converted by the Warriors.

Doncic put the seal on an incredible display with a 29-foot three-pointer on the stroke of half-time.

But the momentum swung back towards Golden State in the third quarter, with the Warriors chipping away at the Mavs lead to close within two at 85-83 heading into the fourth quarter.

A three-pointer from Otto Porter Jr. gave the Warriors their first lead of the night at 86-85 early in the fourth quarter, and with their noses in front Golden State were not to be denied.

The Warriors outscored Dallas 43-32 in the final quarter to complete a thrilling win as the series heads to Texas for game three on Sunday.