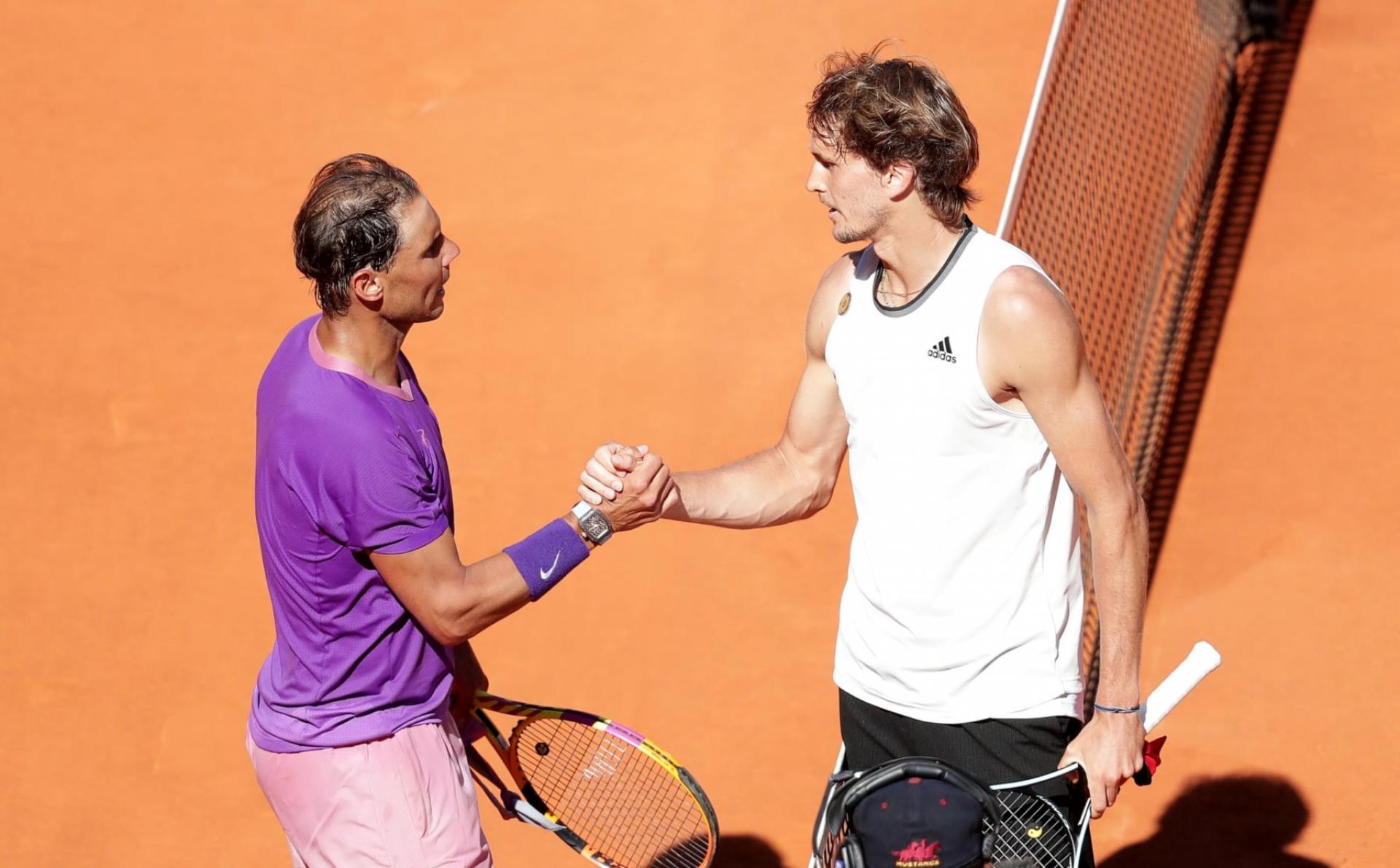 PARIS, May 20, 2022 (BSS/AFP) - Alexander Zverev believes Rafael Nadal plays
"30pc better" at Roland Garros as he backed either the 13-time winner or
defending champion Novak Djokovic to triumph at the French Open.

German world number three Zverev, who is seeded to meet Djokovic in the semi-
finals, said Nadal seems to have shrugged off the recurrence of a foot injury
which saw him limp to an early defeat in Rome last week.

"I just watched Rafa practise and it's funny because all of a sudden his
forehand is just 20 miles an hour faster. He moves lighter on his feet," said
Zverev.

"There is something about this court that makes him play 30% better, just
being on this court."

World number one Djokovic, bidding for a third Paris title to move level with
Nadal on 21 Grand Slams, comes into the tournament with a sixth Italian Open
under his belt.

The Serb, who turns 35 on Sunday when the French Open starts, is also fired
up by missing out on his Australian Open defence in January when he was
deported from Melbourne over his refusal to be vaccinated.

"Those two guys (Djokovic and Nadal) are still the No. 1 and 2 favourites for
me."

Zverev, a semi-finalist at Roland Garros in 2021, is seeded to face new teen
sensation Carlos Alcaraz in the quarter-finals of a top-heavy draw where
Djokovic and Nadal could also clash in the last eight.

Alcaraz, 19, and bidding to become just the eighth teenager to win a Grand
Slam men's title, has a tour-leading four titles this year.

Three of those have come on clay in Rio, Madrid and Barcelona.

In Madrid, he defeated Nadal, Djokovic and Zverev on his way to the title.

However, Zverev warned that Alcaraz lacks the experience of Djokovic and
Nadal when it comes to gruelling five-setters on clay.

"It takes a lot more than just playing good tennis to win a Grand Slam," said
the 25-year-old German who managed just four games in his final loss to
Alcaraz in Madrid.

"The dream of winning a Grand Slam. That's what the biggest difference is. We
start playing tennis because we want to win the biggest titles in the world."

Zverev has yet to win a Grand Slam title, the closest he came was at the 2020
US Open final where he surrendered a two-set lead to lose to Dominic Thiem.

He comes into Roland Garros having made the semi-finals on clay in Monte
Carlo and Rome as well as finishing runner-up to Alcaraz in the Spanish
capital.

"I'm not saying I have lost matches because of my physical ability," he
added.

"No, I think I have lost matches because I have put a lot of pressure on
myself winning a Grand Slam. That is more the reason why I maybe haven't won
one yet."