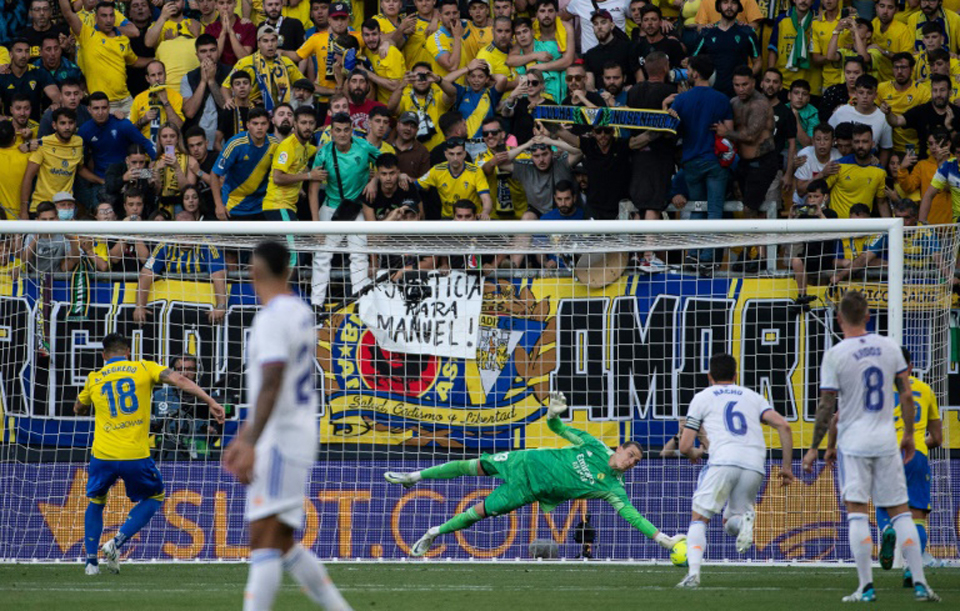 MADRID, May 20, 2022 (BSS/AFP) - La Liga's three-way relegation battle will be decided on Sunday as Granada, Mallorca and Cadiz all fight to avoid the drop, with just a single point between them.

Granada have the advantage heading into the final day as they sit a point clear of Mallorca and Cadiz below them, meaning Aitor Karanka's rejuvenated side will be guaranteed survival if they win at home to 13th-placed Espanyol.

Granada have lost only one of their five games since Karanka was appointed in April.

But any slip at the Nuevo Mirandilla would create an opening for Mallorca, who play away at Osasuna in ninth, and also Cadiz, who travel to relegated Alaves. Levante are also already down.

Mallorca looked destined to remain in the bottom three when being held 1-1 by Rayo Vallecano last weekend but a 90th-minute winner from Abdon Prats snatched what could yet prove a pivotal victory.

"A week and a half ago we were in a drastic situation," defender Jaume Costa told Diario de Mallorca this week.

"Many people like me were unable to sleep at night and now we have seen that with work and effort and believing, things can change."

Cadiz, meanwhile, claimed a point at home to a rotated Real Madrid last weekend but were left wondering if it should have been more after Alvaro Negredo missed a second-half penalty.

Most of the spots towards the top of the table have been settled, with title winners Real Madrid resting players ahead of the Champions League final against Liverpool on May 28.

Madrid end their league season at home to Real Betis on Friday night, when a victory would see Carlo Ancelotti's side finish on 88 points.

"Liverpool have had more difficulties than us, they are playing very important matches," Ancelotti said.

"It's true that we have had more opportunity to think about this match but I don't think that will affect the teams for the match. We will think more about the final from Monday, but everything is ready."

Barcelona, who finish at home to Villarreal, are 12 points behind the league leaders but have secured second place while Atletico Madrid and Sevilla have each sealed Champions League qualification, even if third place is still up for grabs.

Atletico play away at Real Sociedad and are a point ahead of Sevilla, who have a tricky game at home to Athletic Bilbao.

Real Sociedad and Betis have both wrapped up qualification for the Europa League but Villarreal, in seventh, and Athletic, in eighth, are still scrapping for a place in the Europa Conference League.

Athletic, sitting two points behind Villarreal, will need to win at the Ramon Sanchez Pizjuan and hope Unai Emery's side slip up at Camp Nou.