Shoriful ruled out of second Test against Sri Lanka 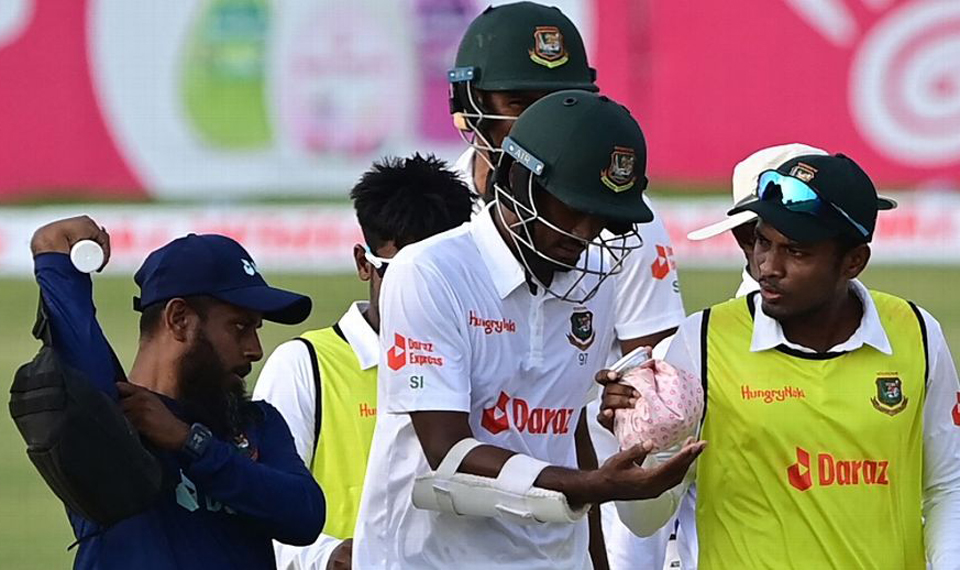 CHATTOGRAM, May 19, 2022 (BSS)- Bangladesh pace bowler Shoriful Islam has
been ruled out of the second Test against Sri Lanka, starting May 23 at Sher-
e-Bangla National Cricket Stadium in Dhaka.

This was another setback for Bangladesh, which had earlier lost key pacer
Taskin Ahmed to injury for full series

Shoriful was struck on his right hand while batting on the fourth day of the
ongoing first Test match against Sri Lanka. An X-ray has confirmed a fracture
which could keep him out of action for around four to five weeks, a press
release of BCB said today.

"Shoriful Islam had a contusion of the right hand while batting. After the
fourth day's play an X-ray was carried out which has revealed a fracture on
the base of the 5th metacarpal bone," National Team physio Bayjedul Islam
said.

"Such injuries tend to take around three weeks to heal followed by a couple
of week's rehab. He will not be available to play for four to five weeks."