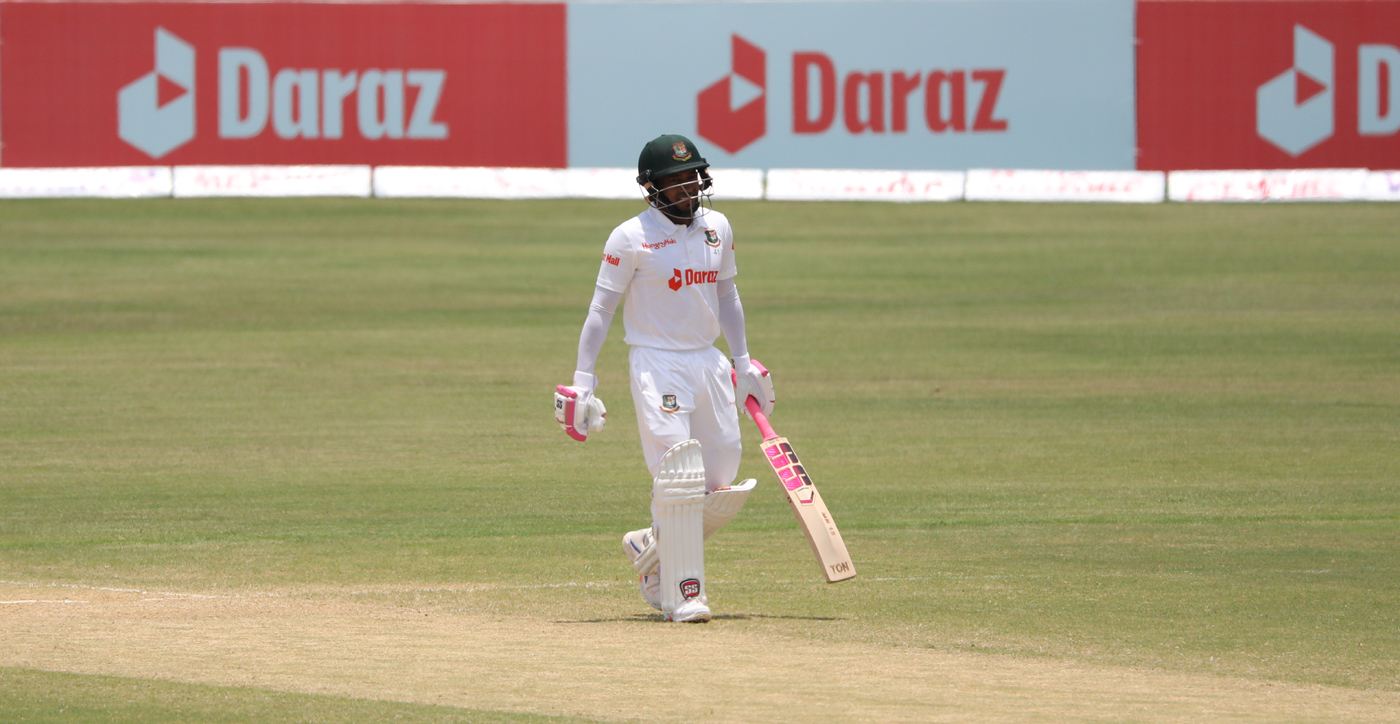 CHATTOGRAM, May 18, 2022 (BSS)-Twenty two years after getting Test status,

Bangladesh finally got a batter who scores 5000 runs in this format.

Mushfiqur Rahim became the first Bangladeshi batter to reach the prestigious
milestone, which was opened by the greatest cricketer for all time-Sir Donald
Bradman in 1938.

Mushfiqur indeed became the 99th cricketer to reach the feat.

One of the most senior batters in the world cricket now, Mushfiqur played
only 81 Tests and 149 innings since his debut in 2005. Most of the
cricketers, who debuted with him or later, had already played more than 100
Test matches or retired from the cricket.

However Mushfiqur began the Test with 68-run short and when he reached 53 on
day three, it was matter of 15 runs to reach the milestone. He scored those
required runs just 70 minutes after the fourth day's play, nudging pacer
Asitha Fernando through fine leg for doubles.

But it Tamim Iqbal who looked to be the first Bangladeshi batter to reach the
milestone. Tamim though started the Test with 152 runs short, compared to
Mushfiqur's 68 runs, he played excellently to score century and reduced the
gap.

With 19 runs requiring to get to the feat, Tamim had to retire due to muscle
cramp, which paved the way for Mushfiqur Rahim to win the race between the
two finest batters of Bangladesh.

Mushfiqur had already hit seven centuries and 26th half-century on the way to
his 5000 Test runs.

The diminutive man who made his debut at 'Home of Cricket' Lord's in 2005,
made just 19 runs in his debut innings against England. He then went through
four single digit figures before hitting 80 against Sri Lanka in Colombo
2007. That was the innings that cemented his place permanently.

He then established him as one of the finest batters of Bangladesh and some
even considered him as the most accomplished batter of the country in any
format of cricket.

Due to his talent and skill, he earned the nick name 'most dependable batter'
of the country.