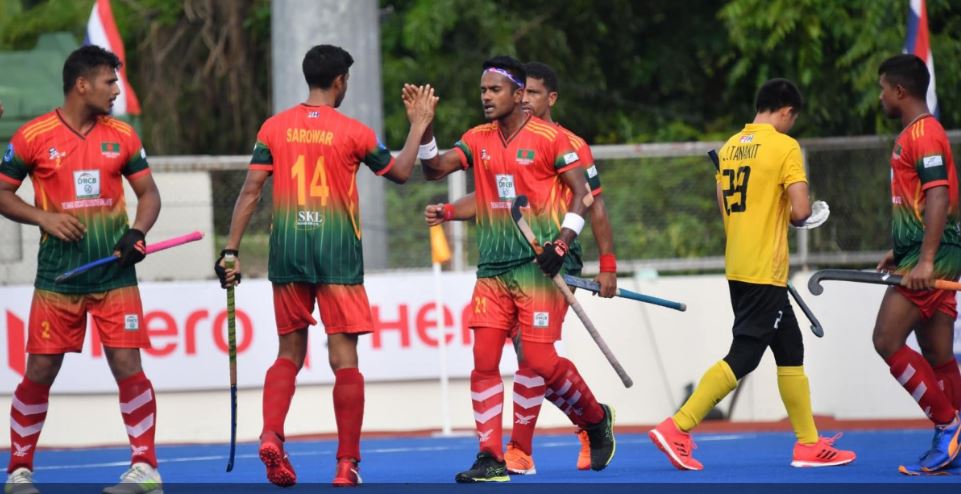 DHAKA, May 14, 2022 (BSS)- Bangladesh national hockey team stormed into the final of Asian Games qualifier when they came from behind and beat host Thailand by 4-1 goals in the second semifinal held today (Saturday) in Bangkok, Thailand.

Bangladesh will play the final match against Oman scheduled to be held tomorrow (Sunday) at 3 pm (BST).

Thailand took the lead in the 10th minute, but Bangladesh staged a brilliant fight back as Ruman Sarkar restored the parity with a field goal in the 22nd minute.

Rakibul Hasan sealed the victory scoring a field goal for Bangladesh to make the score line 4-1 in the 47th minute of the match.

Earlier, Bangladesh got off to a winning start in the tournament as they beat Indonesia by 3-1 goals in their pool B opening match and confirmed their Asian Games participation after defeating Sri Lanka also by the same identical margin in their second match of the tournament.

The boys in red and green emerged as group champions defeating Singapore by a solitary goal in their third and last group match.