Bangladesh get Shakib boost ahead of 1st Test 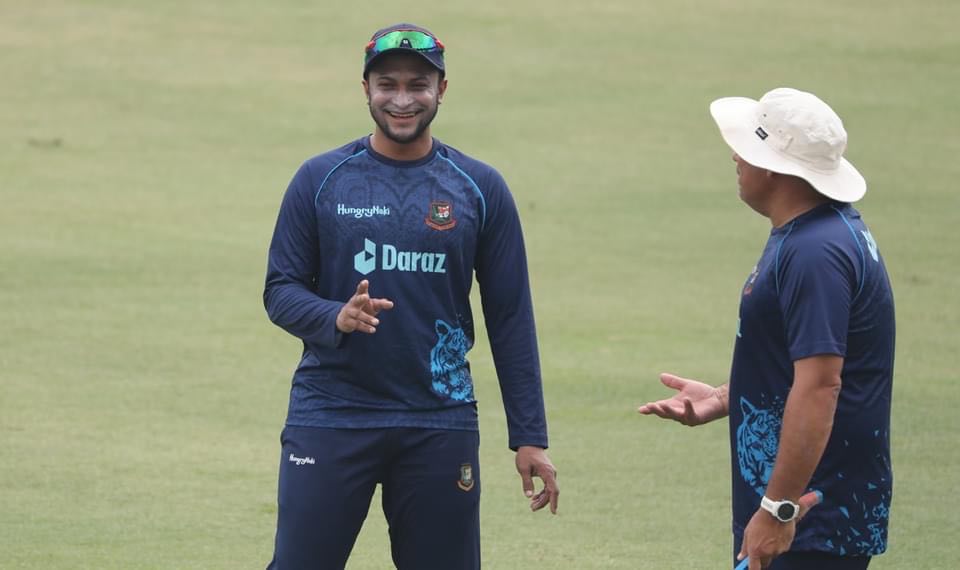 After joining the side yesterday night, following his recovery from the Covid-19, Shakib today (Saturday) batted for a long time in the net, indicating that he is desperate to play.

"He is 100 percent fit. As a captain I think, he is fit to play the Test match," Mominul Haque said here today.

Shakib in fact batted for the first time after the Dhaka Premier League (DPL) last month. But he showed no sign of fatigue when he was facing off the pacers and spinners in the net. In fact, he batted aggressively, which was enough to impress the head coach Russell Domingo, who was seen to applaud Shakib.

"From what I have seen, he batted really well. I think he will play," Momimul said. "The good thing about Shakis is that he is psychologically very strong. If he wants, he can play the game despite the adversities.

If Shakib plays tomorrow's, this will be his first Test in this year.

After playing against Pakistan last year, he skipped the New Zealand Test series and missed the South Africa Test series due to family emergency.

"He is prepared to play the South Africa Tests but due to family problems, he had to miss that series. He was also doubtful in this series after being contracted Covid-19. But he now recovered and I think he is desperate to play."