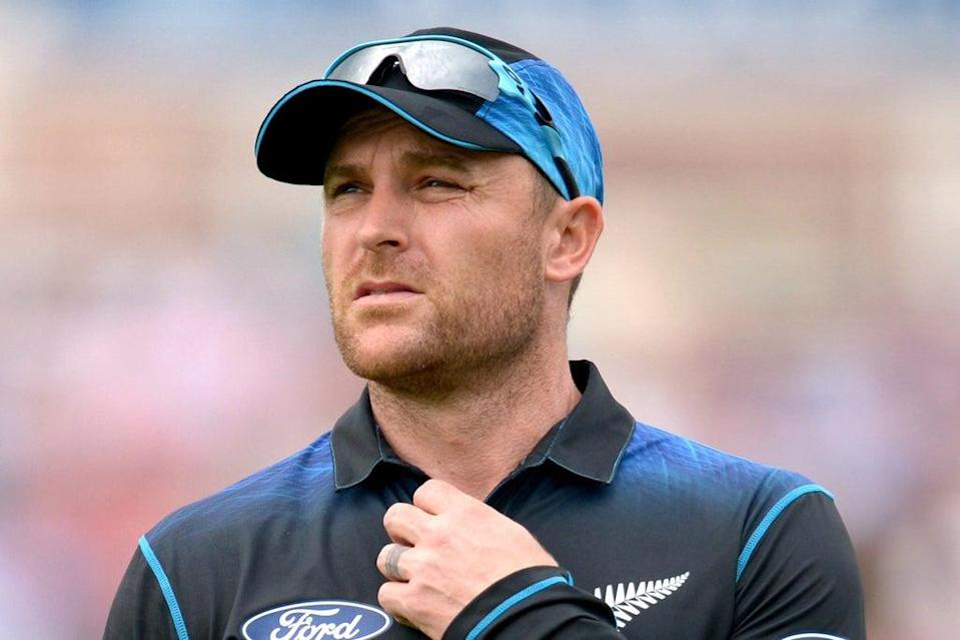 WELLINGTON, May 13, 2022 (BSS/AFP) - Former New Zealand great Brendon McCullum Friday admitted to "bittersweet" emotions when he agreed to take on the role of turning around England's cricket fortunes.

The 40-year-old, renowned for a "smash or crash" approach during his 101-Test career, which only ended six years ago, was Thursday named as the new head coach of an England cricket side that has won only one of its past 17 Tests.

"Really excited, but also some bittersweet stuff in regards to having to turn the page on a couple of things," McCullum told SENZ radio from India, where he is currently coaching Indian Premier League team Kolkata Knight Riders.

"In life, I think, if you're going to change what you're doing, then make sure it's worth the risk of doing so and this is a big enough challenge to risk that, that's for sure."

McCullum's first task will be preparing England for a three-Test series against New Zealand in June, which he said it would be "a little interesting" when asked how he would feel when the national anthems are played.

"Obviously, New Zealand is what I was able to be part of for so long and I'm incredibly passionate about what we built."

McCullum, embarrassed early in his reign as New Zealand captain when the side was bowled out for a paltry 45 against South Africa in 2013, is regarded as having played an integral part in developing the side into a leading cricket force and now World Test champions.

He sees his aggressive approach -- he holds the records for the fastest Test century and the most Test sixes -- as a perfect fit with England captain Ben Stokes, who also prefers an attacking game, and said they have an opportunity to revitalise Test cricket.

"And what an opportunity. What a chance in your life to be able to make a sizeable change and difference to a country as big as what England is," he said.

"I sort of look at it and think if anyone is going to reinvigorate Test cricket and get it popular again, and try and attract the next generation of people, then it's going to be England.

"So if you can be at the real forefront of that, by playing an attractive brand of cricket which you play with a smile on your face and you try and entertain, then Test cricket has got a chance."

As for his maiden series against New Zealand, McCullum was coy about England's prospects.