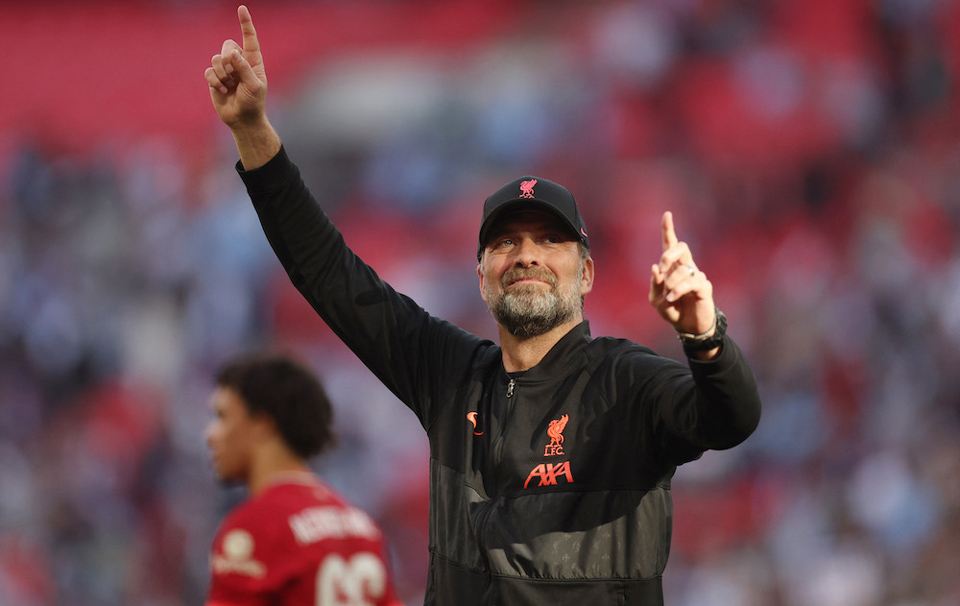 LONDON, May 13, 2022 (BSS/AFP) - Liverpool will bid to keep their quadruple chase alive in Saturday's FA Cup final against a Chelsea side hoping to welcome incoming owner Todd Boehly with victory at Wembley.

Jurgen Klopp's men have four matches left in their historic attempt to become the first English team to win all four major trophies in one season.

They beat Chelsea to lift the League Cup in February and have reached the finals of the FA Cup and Champions League, where they face Real Madrid on May 28.

No English club has come this close to such an incredible clean sweep, but Liverpool know their hopes of winning the Premier League are starting to fade.

Manchester City moved three points clear of the second-placed Reds with a 5-1 win at Wolves on Wednesday and need four points from their last two games against West Ham and Aston Villa to retain the crown.

If a second English title in three seasons proves beyond Liverpool despite their blistering form in the second half of the season, then winning two more cup competitions would be a memorable consolation.

First up is a rematch with Chelsea, who fought gamely in an intense League Cup final in February before Liverpool prevailed 11-10 in the shoot-out that followed a 0-0 draw.

Liverpool and Chelsea are the first English teams to meet in both domestic finals in the same year since Arsenal and Sheffield Wednesday in 1993.

Klopp's side will hope they emulate Arsenal, who did the cup double against Wednesday that season.

But, in their 60th game this season, fatigue could be a threat to Liverpool's hopes of a first FA Cup triumph since 2006.

In a bid to keep his stars fresh, Klopp made several changes in Tuesday's win at Villa, yet still lost Brazil midfielder Fabinho to an injury that rules him out of the final.

The history chasers will be back on league duty at Southampton on Tuesday and, aware of the strain on the squad, Liverpool captain Jordan Henderson called for one last push, starting at Wembley.

"The more it goes on, the more important and intense the games are. We are using all the squad and I thought the boys that came in were brilliant (against Villa)," Henderson said.

"That's football and there's going to be ups and downs in a game. You've got to react in the right way. To be honest, the boys have done that for a long period of time.

"The boys have been incredible. Stay together in important moments and you get your rewards in the end. Let's prepare now for a big game on Saturday."

Like Liverpool, Chelsea's season will conclude with 63 games played, but it has been Thomas Tuchel's side who have looked more drained in recent weeks.

Before Wednesday's 3-0 victory at Leeds consolidated their grip on third place, the Blues had won just once in five league games as they struggled to recover from their painful Champions League quarter-final exit at Real Madrid.

Uncertainty over the future of the both the club and several key players has also been a factor since Roman Abramovich put Chelsea up for sale just before he was sanctioned by the government after Russia's invasion of Ukraine.

With LA Dodgers co-owner Boehly and his consortium agreeing a o4.25 billion ($5.2 billion) takeover last weekend, subject to approval from the Premier League, Chelsea can finally plan for next season.

Before that, Tuchel has the chance to end the Abramovich era with one last prize, in the process winning his first English domestic trophy after leading Chelsea to Champions League and Club World Cup glory over the last year.

Tuchel is sweating on the fitness of Mateo Kovacic after the Croatia midfielder was injured at Leeds.

"He has a swollen ankle and is in a lot of pain. If he misses it I'm very disappointed because he was a clear starter," Tuchel said.