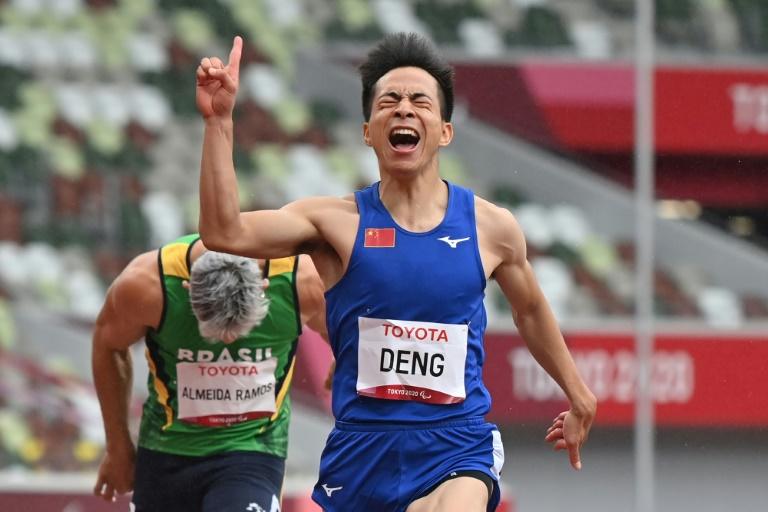 during a pandemic was lauded as "remarkable" on Saturday as records tumbled
on the final day of track and field action in Tokyo.

International Paralympic Committee spokesperson Craig Spence hailed "an
amazing team effort" that had enabled the Games to take place and said the
athletes' performances had been "out of this world".

"It's remarkable. There were doubts in the past two years when I thought
these Games weren't going to happen," Spence told reporters.

"A lot of people thought it was impossible to stage the Olympics and
Paralympics during a pandemic. We took our inspiration from our athletes."

At the Olympic Stadium on day 11, Britain's Hannah Cockroft won her
seventh Paralympics gold in the T34 800m 1min 48.99sec, obliterating her own
Games record set in Rio by almost 12 seconds.

She crossed the line almost the length of the finishing straight ahead of
compatriot Kare Adenegan, who took silver and Alexa Halko of the US.

"I don't think it will ever sink in," Cockroft said of winning her second
Tokyo gold and seventh in all.

"Not many athletes get the privilege of doing this for 10 years or get to
stand on the podium that many times," added Cockroft, who also won the T34
100m in Tokyo to add to her three golds at Rio 2016 and two from London 2012.

American Nick Mayhugh said he wanted to be like his hero "Usain Bolt"
after smashing his own world record set only the day before to take gold in
the men's T37 200m in 21.91sec.

"I want to be that standard for kids looking up and to know that even if
you are disabled there isn't a negative connotation to it.

"You set your own limits. You believe in yourself and you set your own
barrier and surpass it. Usain Bolt did exactly that with me. He was my
greatest inspiration so thank you to him."

The first tennis gold of a busy final day of action went to Australia's
Dylan Alcott who defended his Rio title in the men's quad singles final 7-6
(7/2), 6-1 against Sam Schroder of the Netherlands.

Later, home favourite and Japan wheelchair tennis legend Shingo Kunieda
will round off proceedings at the Ariake Tennis Park in the men's singles
final against Tom Egberink of the Netherlands.

There was more success for Australia and Britain as the sprint canoeing
programme concluded at the Sea Forest Waterway.

Australia's Curtis McGrath, who lost his legs when he trod on an explosive
device while serving in Afghanistan, won his second gold in the men's VL3
final.

Later, South American football superpowers Brazil and Argentina will clash
in the five-a-side final, one of 49 gold medals to be decided on Saturday.

The final 15 golds will be awarded on Sunday before the closing ceremony
at the Olympic Stadium brings the curtain down on the Games.