Afghanistan U-19 team to arrive in Dhaka tomorrow 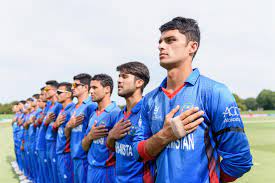 DHAKA, Sept 3, 2021 (BSS) - Ending all uncertainties, Afghanistan Under-19 team is set to arrive in Bangladesh tomorrow (Saturday) for a bilateral series against the Bangladesh Under-19 team.

They will play five one-day matches and one four-day game during the three-week long tour here. All of the matches of the series will be held at the Sylhet International Cricket Stadium.

The series was put into uncertainty after the Taliban returned to power in Afghanistan. However, finally the series is set to start three days after the original schedule.

After landing in Bangladesh tomorrow, Afghanistan youths would go straight to Sylhet where they will first maintain three-day in-room quarantine. They would hit the practice pitch from September 8.