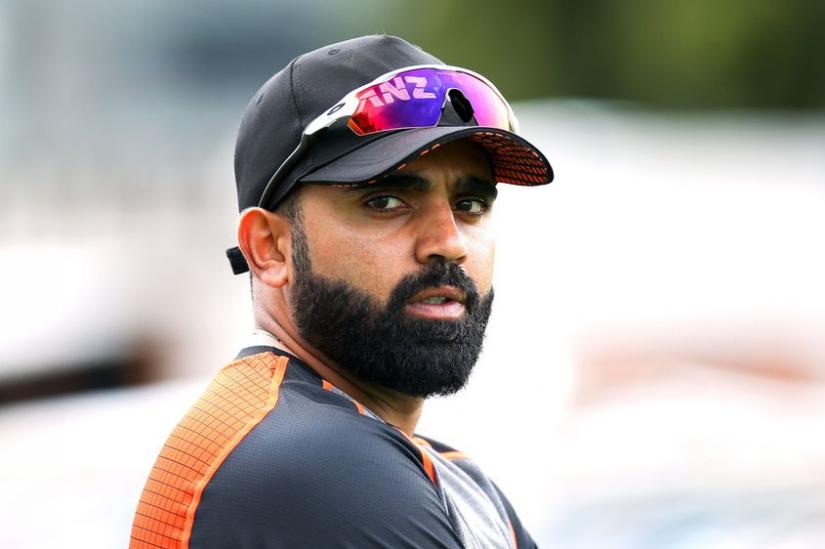 DHAKA, Sept 2, 2021 (BSS)—After getting a harsh reality check New Zealand left-arm spinner Ajaz Patel said his side is keen to hit back into the five-match Twenty20 International series against Bangladesh.

Patel admitted the pitch of the Sher-e-Bangla National Cricket Stadium is way tougher than they predicted but according to him, as they now knew what to expect from this pitch, they are confident to adapt with the condition pretty quickly.

New Zealand were shot out for their joint lowest ever T20I score of 60 in the five-match series opener yesterday and lost it by seven wickets to concede their first defeat in their format against Bangladesh. The second match will be held tomorrow (Friday).

“We will take a lot of learning from the first game,” Ajaz said here today during a virtual press conference.

“It was nice to finally get out there. We have been training for a few days but you never know what it is going to be like until you get out in the middle. We will learn from it pretty quickly and adapt for the next one.”

He went on to say: “It is about getting a clear idea of what we experienced on Wednesday, and what our plans are going forward. It is all about looking to the next one.

Ajaz however himself got the condition to his likings as he conceded just seven runs in four overs to take one wicket but New Zealand’s total on the board was so small that the bowlers had no way to make resistance.

“It is always nice as a spinner when you come up to a surface that’s actually giving you a bit of assistance. It is really important to make the most of it. It would have been nice if the circumstances were to be a little bit different. Saying that, I think it is a great experience for all of us to go out there and do our thing in conditions that favour us,” he added.

“I think on surfaces like that where you do have that much assistance, sometimes it is about controlling your length. Sometimes the most dangerous balls are the ones that don’t turn. It can be a challenge as well. It was a good night for me personally with the ball. I would like to replicate that throughout the series. Hopefully we can get some results our way.”

“Dan (Daniel Vettori) and Rangana Herath are two people I look up to as left-arm spinners. I had a brief chat with Rangana. I have got a chat lined up with Dan today, just talking about his experiences in Bangladesh. I am looking forward to it as well,” he said.

“He has played a lot of cricket around the world. He knows as a left-armer, what challenges he faced and what differences he came across. It would be nice to pick his brain, to find out how he adapted to the challenges. It will give me a bit more of a head-start in these conditions,” he opined.