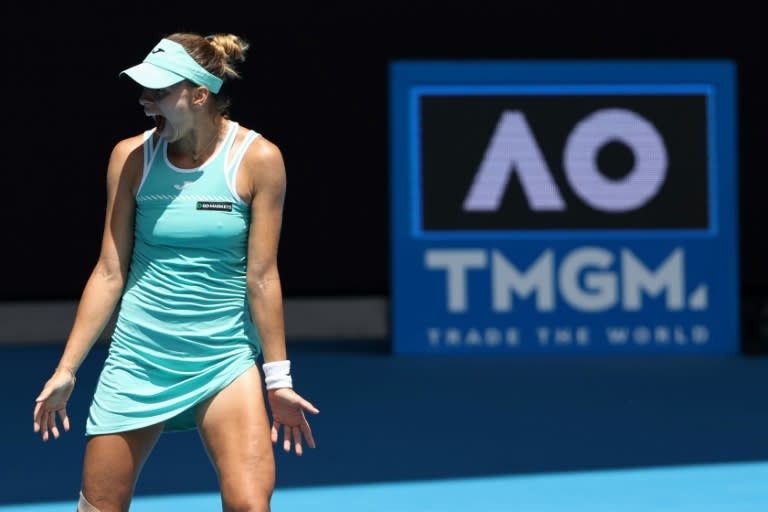 MELBOURNE, Jan 25, 2023 (BSS/AFP) - Unseeded Magda Linette marched into her first Grand Slam semi-final on Wednesday and said it was a "dream come true" after stunning former world number one Karolina Pliskova 6-3, 7-5 at the Australian Open.

Linette continued flying the flag for Poland after the shock exit of world number one Iga Swiatek, taking 1hr 27min to set up a clash with Aryna Sabalenka for a place in Saturday's final.

"I'm so emotional, I can't really believe it," Linette said after the biggest win of her career.

"It's a dream come true. I'm super grateful and happy. Thank you for cheering and supporting, I really needed this.

"So we keep going. I don't want to get too excited because we are still in the tournament," added the world number 45, who will break into the top 30 for the first time.

There was plenty of on-court history between the two 30-year-olds, having met nine times before, with the Czech holding the advantage.

Pliskova, the 30th seed, won six of their first seven meetings up to 2017.

But last year she required a final-set tiebreak to win at the US Open, before Linette turned the tables, winning 6-4, 6-1 at the Billie Jean King Cup.

It was Linette's first last-eight match at this level, but you wouldn't have known it as she coolly recovered from being an early break down against the big-serving Czech to take the first set in 35 minutes.

"I definitely stayed composed at the beginning because she had a really good break at the very start of the match," said Linette.

"I knew how tough it was going to be to break her back, so I just stayed really composed and I'm really happy that when I had my chance I took it.

"I'm glad that I managed to serve it out and then later on, when I had the opportunity to break her again, I took my chances."

Pliskova had by far the greater experience in Slams and was making her fourth appearance in the Australian quarter-finals.

She needed it to hold on in the second set at 3-3 when facing two break points.

The 6ft 1in (1.86m) tall Pliskova had swept into the last eight without dropping a set, largely on the back of serving 28 aces, including 12 in her last-eight romp past China's Zhang Shuai.

But she managed only seven in a stuttering display against Linette, committing a massive 36 unforced errors to her opponent's 16.

"She really made it difficult for me. She really played well from the baseline. I just didn't find any space in the court to go for my winners," Pliskova told reporters.

"Obviously the serve was not great today at all."

The decisive moment came on Pliskova's serve at 5-5 in the second set.

The Czech dished up two double faults at 15-15 and followed with a forehand into the net, before Linette served out for a memorable victory.

Linette was proud of how she handled the pressure moments on a big stage.

"When it was really tough on my serve she was getting very aggressive. My first serve wasn't always there," said Linette.

"I think I did really well not to panic and still stay in the rally and go for the shots when I had the chance."

"I will never forget this," said Linette. "That's, you know, the first time ever I'm breaking through.

"This will stay with me for life."