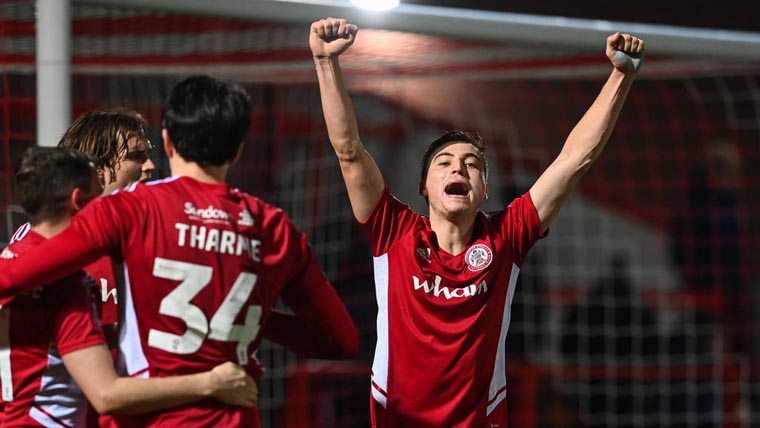 Tommy Leigh's extra-time penalty settled a hard-fought third round replay as Accrington reached the last 32 of the FA Cup for only the fourth time.

Shaun Whalley was fouled in the 97th minute and Leigh stepped up to book Accrington's date with Premier League side Leeds.

It will be an uncomfortable trip to Accrington for Leeds on Saturday as the Yorkshire club have suffered a host of shock FA Cup defeats in recent years.

Crawley, Newport, Sutton and Rochdale have all knocked out Leeds in the last decade.

Leeds boss Jesse Marsch was in the crowd at Accrington to watch the League One strugglers edge past their National League opponents.

Boreham Wood were hoping to become the first non-league team to make the fourth round in successive seasons for 37 years.

But Lee Ndlovu missed their best chance, leaving National League side Wrexham as the only remaining club in this season's FA Cup from outside the top four divisions.

Wrexham face Championship promotion chasers Sheffield United in the fourth round on Sunday.