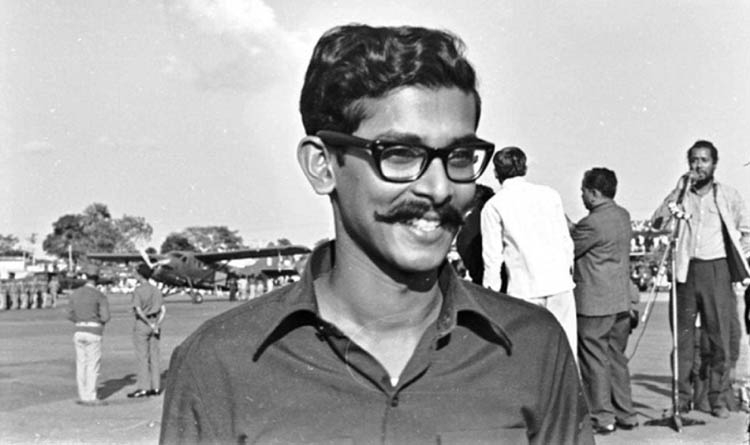 Born on August 5, 1949 at Tungipara in Gopalganj, Sheikh Kamal was a
former executive member of the central committee of Bangladesh Chhatra
League (BCL), the student wing of Awami League (AL).

Later, Quader along with the party's central leaders laid another
wreath on behalf of AL in the morning.

Marking the birth anniversary of Sheikh Kamal, the Ministry of
Youth and Sports for the first time today gave Sheikh Kamal National
Sports Council Award to 10 persons including sportsmen, journalist,
organisers and two organisations in seven categories for outstanding
contribution to the sports arena.

On behalf of the Prime Minister, Senior Secretary of the Youth and
Sports Ministry Md. Akhter Hossain handed over the award to the
recipients.

Sheikh Kamal completed his matriculation from Shaheen School, Dhaka
in 1967 and Higher Secondary Certificate Examination from Dhaka
College in 1969, according to wikipedia.

He obtained his Bachelor of Arts degree from the Sociology
Department at Dhaka University. He practiced sitar at Chhayanaut, a
school of music.

Since his boyhood, Kamal was very much enthusiastic about different
sports including football, cricket, hockey and basket-ball. He was the
founding president of Abahani Krira Chakra and a founding member of
Dhaka Theatre.

He was one of the pioneers of modern football in Bangladesh.
Sheikh Kamal was also active in student politics.

Sheikh Kamal was commissioned in the Mukti Bahini after receiving
training from the first war course in the independent Bangladesh and
served as ADC of General MAG Osmani, the commander-in-chief of the
Liberation War in 1971.

After the country's independence, Sheikh Kamal retired from the army
and paid attention to study. Kamal served as a member of the Jatiya
Chhatra League central committee, a wing of Bangladesh Krishak, Sramik
Awami League (BAKSAL).