None can avoid liability if they do immoral works: Hasan 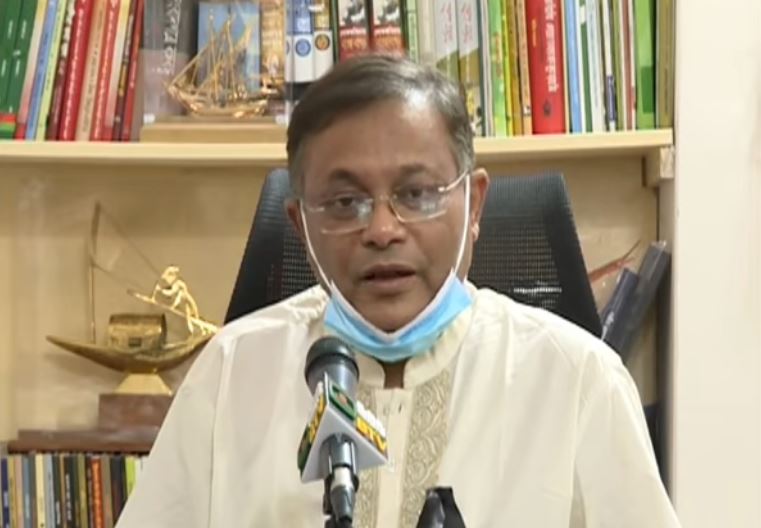 DHAKA, Aug 5, 2021 (BSS)- Information and Broadcasting Minister Dr Hasan Mahmud today said anyone cannot avoid the liability if they do unethical and immoral works in the guise of acting or modelling.

“Acting and modelling are the parts of our art and culture. The persons who practice the culture, they enrich the arena and even many of them also living from these. But, if anyone is involved with illegal and immoral works in the guise of acting or modelling, he or she could not avoid the liability,” he said.

The minister told the reporters at his official residence on Mintu Road in the capital.

Hasan said there will be no adverse effect on the film industry over the arrests on such charges. The law enforcers can take actions against anyone involved in immoral activities, he added.

“And, I think, there will be no adverse effect on the industry over the arrests on such charges,” he said.

He said Shaheed Sheikh Kamal was the great sports organizer in the country and he is the pioneer of modern football who had established the Abahani Club. “He was also cultural-oriented and used to play sitar, sung and play cricket. The country has lost a sports organizer, athlete and cultural-minded personality with huge potentiality after his (Sheikh Kamal) death”, he added.

The minister said Sheikh Kamal will remain in the hearts of people as an archetype of youthful pride and a creative unique talent. “I’m expressing my deep condemnation to the killers who killed such a man (Kamal),” said Hasan.

Sheikh Kamal was killed brutally along with his father Bangabandhu, mother Bangamata and most of his family members on the fateful night August 15 in 1975.