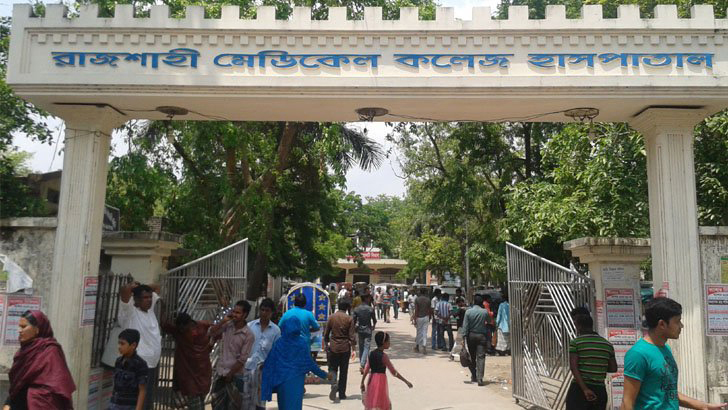 RMCH Director Brig Gen Dr Shamim Yazdani told newsmen that seven of those were the residents in Rajshahi, followed by five from Pabna, four from Naogaon, three from Natore and one each from Chapainawabganj and Jhenaidah districts.

Among the deaths, ten tested positive for Covid-19 and eleven had its symptoms, he said, adding that yesterday's fatality figure was 17. They were aged between 31 and 65.

Some 55 more patients were admitted to the designated Covid wards of the hospital afresh during the time, taking its number to 399, including 178 tested positive for Covid-19, against 513 beds.

Another 20 patients are undergoing treatment in the Intensive Care Unit (ICU) of the hospital. Forty other patients returned home after being cured during the time.

Meanwhile, 93 people were found positive for Covid-19 after testing 413 samples in Rajshahi's two laboratories on Monday, showing 22.52 percent positivity rate against 30.78 percent on Sunday and 45.07 percent on Saturday.

Yazdani said over 8,000 liters of oxygen are being supplied to the Covid-19 patients every day on an average in the hospital at present but the daily oxygen demand was only 2,500 liters in around two months back.

The oxygen demand has gone up by around 3,000 liters, particularly during the last couple of weeks.

Demand for oxygen has been rising continuously for the last couple of months in the wake of escalation of patients in the hospital.

Yazdani opined over 60 percent of the new Covid-19 patients admitted to the Covid-19 unit of RMCH are from villages, reiterating that awareness among the villagers is less compared to the urban people.