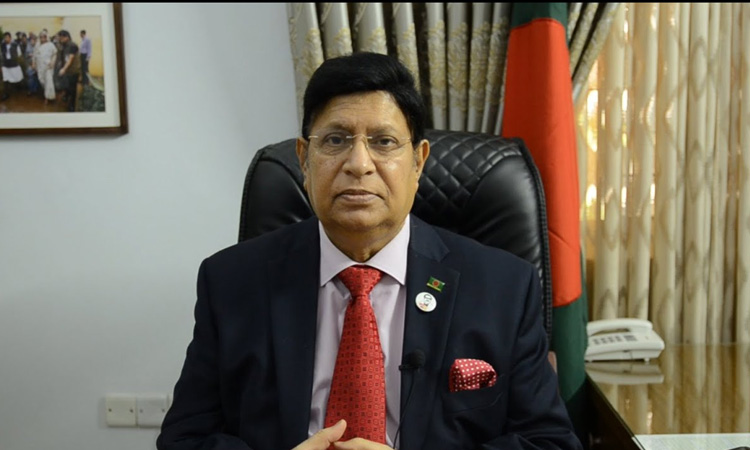 DHAKA, Dec 1, 2021 (BSS) - Foreign Minister Dr AK Abdul Momen today discouraged Bangladeshi expatriates those are residing in South Africa and its neighbouring countries to travel here at this moment if it's no emergency.

"In case of any emergency, they can come to Bangladesh. We suggest them to come a few days later If there’s no emergency," he said.

The foreign minister made the remark while responding to a question at a media briefing at the foreign ministry on the World Peace Conference to be held in Dhaka from December 4-5.

The foreign minister said that a message has already been sent from Dhaka to Bangladesh Missions in South Africa and its neighbouring countries to discourage travels by the Bangladeshis at this moment due to outbreak of the new Omicron variant of coronavirus in that zone.

Dr Momen warned that he or she will have to undergo a 14-day mandatory institutional quarantine as part of the government measures to deal with the new African variant if anyone needs to come home due to an emergency from those countries.