Dhaka for commencing ‘Political Dialogue’ with EU next year 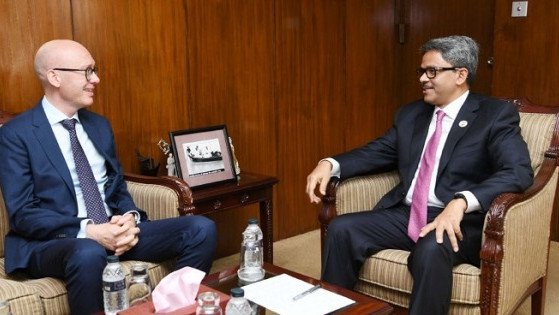 DHAKA, Nov 25, 2021 (BSS) – Dhaka is looking forward to commencing the ‘Political Dialogue’ with the European Union (EU) next year.

During the meeting Alam appreciated the EU’s role as a development and trading partner amid the COVID-19 pandemic and looked forward to commencing the ‘Political Dialogue’ with the EU next year.

The EU ambassador said that “certain provision of concern for Bangladesh’s RMG industry is being looked into further in Brussels”.

The state minister underscored the need for enhanced bilateral cooperation in climate action.

He thanked the EU for its constructive engagement with Bangladesh’s Universal Periodic Review (UPN) recommendations implementation under the UN Human Rights Council.

They also discussed some issues concerning labour rights and migration.

Ambassador Whiteley briefed the state minister about some of the upcoming bilateral engagements in the coming year.