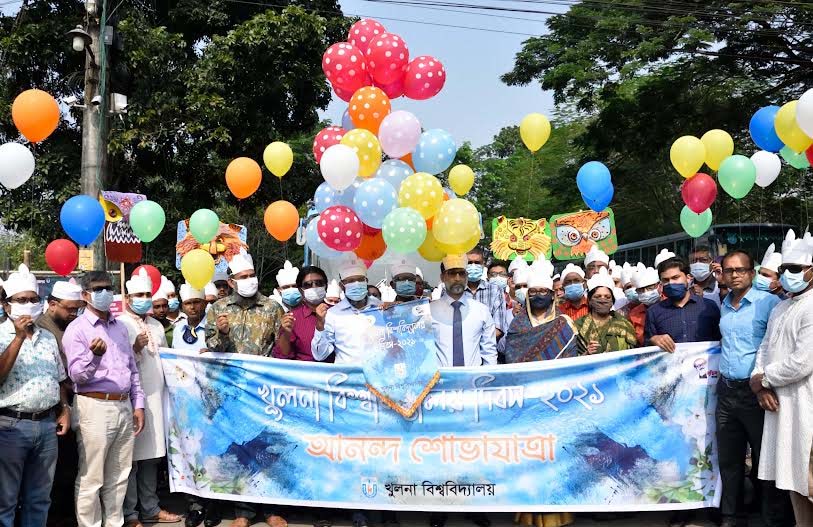 Afterward, a colourful procession was brought out on the campus.

Expressing gratitude and facilitations to contributors who played important role for establishing Khulna University, the KU VC said, the KU was not a regional university, it's a university of Bangladesh.

"Our expectation is now to touch sky, we want to reach the KU in a respectable height globally in education, research and innovative creation," he said.

Students, teachers and employees are trying to make KU internationally slandered, the VC said, adding that the KU to go ahead of its goal following current fourth industrial revolution.

A doa mahfil was held at the central mosque after Asr prayers on the campus while Hindu community organized prayers at KU temple. Honorary crest were handed over to students and organizations who obtained outstanding preference in different Disciplines.

KU started its academic activities formally on November 25, 1991 with four Disciplines under two Schools with only 80 students and 30 teachers with Prof Dr. Golam Rahman as the founder Vice-Chancellor (VC), said Atiar Rahman, Acting director of public affairs and publication department of KU.

Now it has over 7,000 students and 500 teachers in 29 Disciplines under eight Schools and two Institutes, he added.