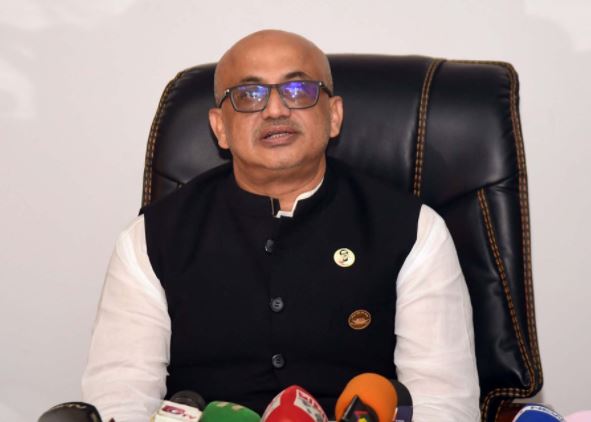 "Due to old age, Khaleda Zia has some physical complications… the government is ensuring her maximum treatment. The law ministry is looking into legal matters over treatment issue of Khaleda Zia abroad ,” he said.

The state minister said this while exchanging views with journalists on contemporary issues in his office at the ministry here.

During the time, he also sought early recovery of ailing Zia.

“Such behavior is not desirable. Whoever treats women or girls rudely is mentally ill or insane,” he added.

Even the neighboring country India is doing so, he said.

The state minister urged all concerned to accept the demands of the students.