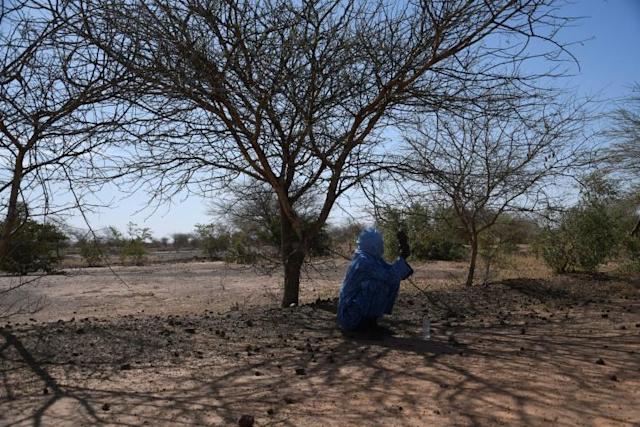 SIMIRI, Niger, Nov 23, 2021 (BSS/AFP) - Once a desolate landscape, the
Simiri plateau in Niger is now a small paradise for fauna and flora.

The transformation is part of the African Union's Great Green Wall
project, which aims to restore 100 million hectares of dry land by 2030 along
an 8,000-kilometre (5,000-mile) strip stretching from Senegal in the west to
Djibouti in the east.

Arable land is prized in landlocked Niger, where desert covers three-
quarters of the territory and 80 percent of the population lives on
subsistence farming.

The World Bank predicts its population will rise from 23 million in 2019
to 30 million in 2030 and 70 million in 2050, underlining the vital
importance of the Green Wall's success.

Niger's contribution is mainly made up of white gum and Bauhinia rufescens
trees, two drought-resistant species that can grow 12 metres (40 feet) tall.

Armed with pickaxes and spades, villagers built earthen embankments that
hold rainwater around the saplings longer to ensure they grow even during
droughts.

"Their leaves and seeds are rich in protein for livestock," explained
local farmer Garba Moussa.

"Cooked or dried, we also eat them as survival food during severe food
shortages," he added. Mayor Adamou said that game animals and even giraffes
have been leaving their remote habitat south of the capital Niamey to savour
the tender acacia leaves since the Simiri plateau reforestation programme
started in 2013.

Niger's southern forests have lost one-third of their surface area and now
make up only one to two percent of the country, according to the United
Nations Environment Programme.

By 2030, Niger aims to "green" 3.6 million hectares of land, which
represents more than 37.5 percent of its territory, said Maisharou Abdou, the
Green Wall's director-general in Niger.

Abdou said between eight and 12 percent of the total had been achieved by
2020, but emphasised the project was "a long-distance race".

Mouhamadou Souley, head of the anti-desertification services, added that
work had already begun to extend Simiri's reforestation by another 65
hectares.

The European Union, UN Food and Agriculture Organization, World Bank and
other donors have already given money.

Local NGOs have joined the battle, with plans to reforest 100 hectares,
cultivate nurseries and dig water wells, according to Issa Garba of Young
Volunteers for the Environment.

However, the jihadist attacks that have plagued several Great Green Wall
countries could jeopardise the project.

Niger expert Sani Yaou said farmers are afraid to carry out reforestation
or tree maintenance activities due to the jihadist threat.

"Insecurity has dealt a heavy blow to its realisation... All countries are
focused on the fight against insecurity," Garba added.