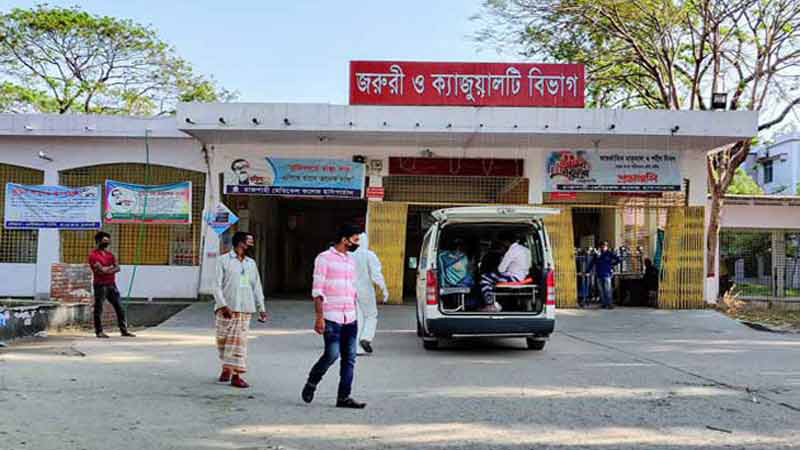 recorded five more fatalities in its Covid-19 unit in the last 24 hours till
6am today, taking the death toll to 96, so far, this month.

However, the previous day's fatality figure was two, while on Monday the
hospital recorded zero deaths after a long time since the second wave of the
pandemic hit the country around seven months back.

RMCH Director Brigadier General Shamim Yazdany told journalists that three
of the deceased were the residents of Rajshahi, while one each from
Chapainawabganj and Pabna districts.

Among the fatalities, one was tested positive for Covid-19, while three
others were suffering from its symptoms and another from post-Covid-19
complexity.

Seven more patients were admitted to the Covid-19 designated unit during
the past 24 hours, taking the number of admitted patients to 50, including
six tested positive for Covid-19, at present. Ten other patients returned
home after being cured during the time.

Meanwhile, five more people were diagnosed with Covid-19 after testing 373
samples in Rajshahi's two laboratories on Wednesday, showing a 1.02 percent
positivity rate against 4.24 percent on Tuesday.