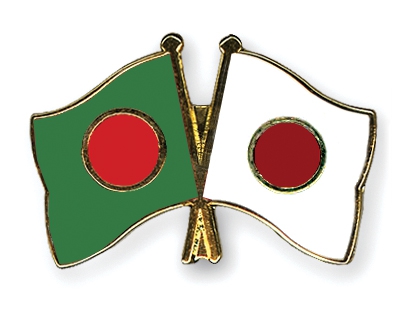 DHAKA, Oct 25, 2021 (BSS) - The government of Japan will provide an amount
of 500 million Japanese Yen (equivalent to approximately Taka 38.93 crore or
USD 4.59 million) as grant to implement the project titled 'The Fourth
Primary Education Development Programme (PEDP-4)' for the 3rd Year.

In this regard, an 'Exchange of Notes' and 'Grant Agreement' were signed
today between Bangladesh and Japan governments.

'The Fourth Primary Education Development Programme (PEDP-4)' is being
implemented during the period 2018-2023 by the Ministry of Primary and Mass
Education.

Under the programme, the grant provided by Japan will be utilized for
curriculum revision and textbook development, teacher education and
continuous professional development and fiduciary system and budget.

It is to be noted that Japan earlier provided 2490 Million Japanese Yen
(equivalent to Taka 198 crore) as grant for implementing 'Third Primary
Education Development Programme (PEDP3)' project for the period 2011-2018.

The release said Japan is the single largest bilateral development partner
providing financial support for the socio-economic development of Bangladesh.
Till June 2021, the support has reached to $16.16 billion ODA disbursements.
Japanese loans and grants are being utilized in a wide range of areas
including in power, roads, bridges, telecommunication, agriculture, health,
education, water supply and sanitation, rural development, environment, human
resource development etc.

The Japanese assistance contributed significantly to the overall
development of the country.