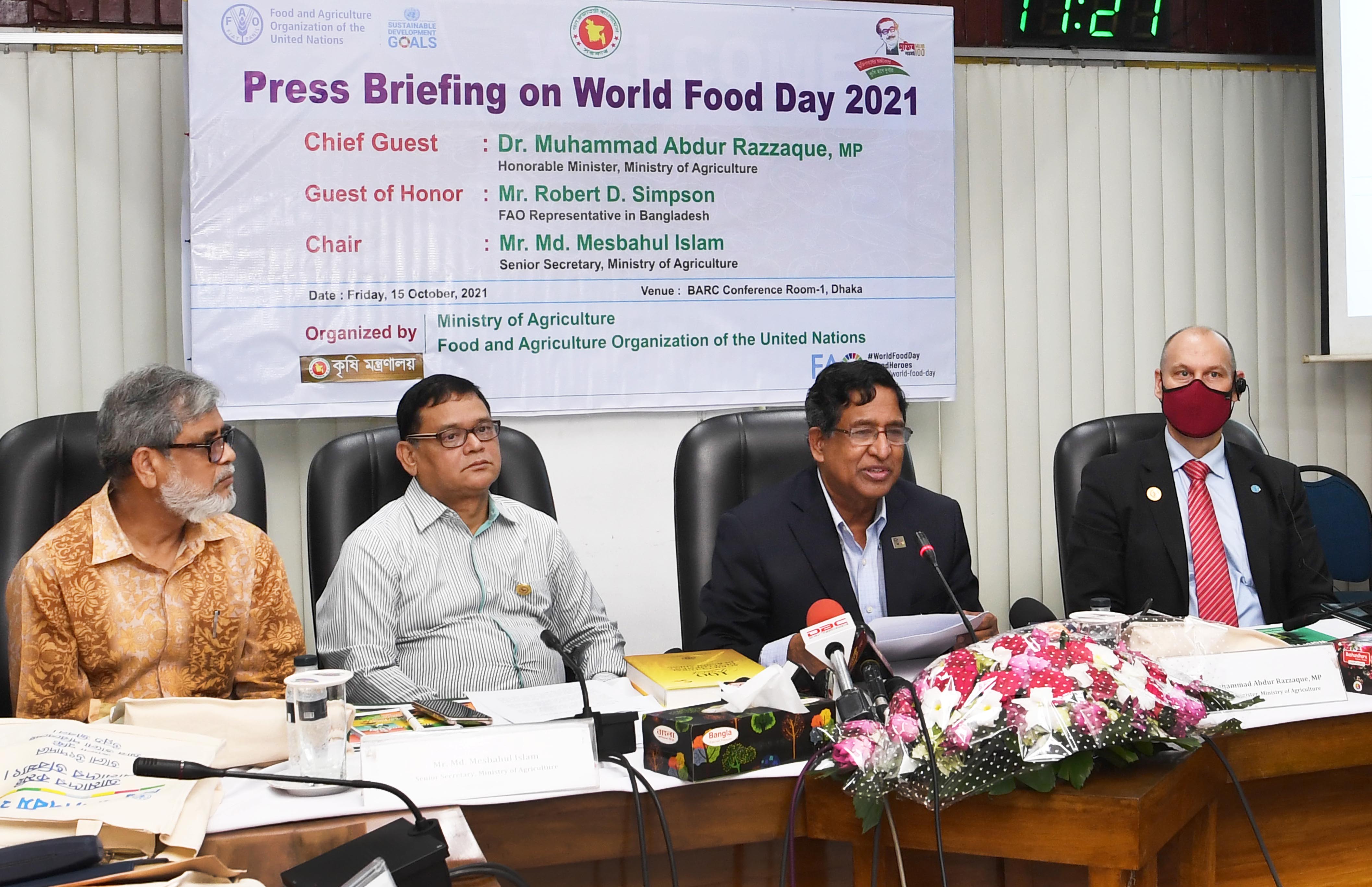 Razzaque today said that the country has set a new record of 33 lakh
tonnes onion production by raising more 7 lakh tones than the previous
year.

He said that the country's food production has increased
significantly as the government has taken various time befitting
initiatives in line with the directives given by Prime Minister Sheikh
Hasina.

The minister was addressing a press briefing at Bangladesh
Agricultural Research Council (BARC) here marking the celebration of
World Food Day 2021. Food and Agricultural Organization (FAO) of the
United Nations organized the function.

With Senior Agriculture Secretary M Meshbahul Islam in the chair,
the press briefing also was attended, among others, by FAO
representative in Bangladesh Robert D Simpson, other ministry high
officials and different agency chiefs.

Abdur Razzaque said that the country had witnessed record boro
production of more than two crore tonnes in 2020-21 fiscal years,
which was highest in the history. "Production of crops including rice,
wheat, maize, potato, vegetable, oil seed and lentils this year has
increased compared to the last year," he added.

He said, "Although many countries in the world are now facing food
crisis, we are able to keep country's food production trend upward and
it will be continued in future."

The agriculture minister said that the World Food Day-2021 will be
observed on Saturday in Bangladesh like elsewhere in the world.

The main theme of the day is "Our actions are our future-better
production, better nutrition, a better environment and a better life."

To mark the day, the agriculture ministry has taken elaborate
programmes. An international seminar will be held at Hotel Inter
Continental on the main theme of the day.

Prime Minister Sheikh Hasina is expected to attend the seminar as
the chief guest.