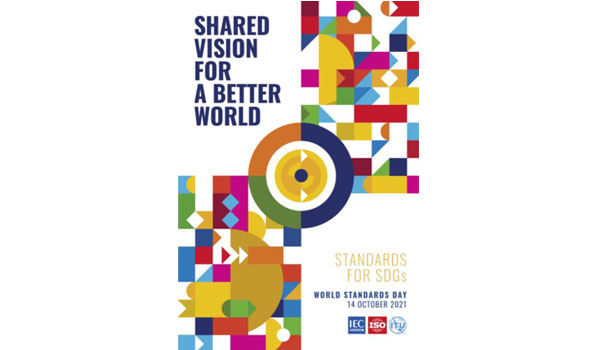 DHAKA, Oct 13, 2021 (BSS) - The 52nd 'World Standards Day' will be observed in the country as elsewhere in the world tomorrow with the motto "Shared vision for a better world - Standards for SDGs".

In his message, President Abdul Hamid said international standards are one of the tools to protect everyone in the world and it is very important to ensure the production of quality products and services in all fields to improve the quality of life of the people.

In order to achieve the Sustainable Development Goals (SDGs), emphasis has been placed on eliminating social imbalances, sustainable economic development and limiting the scale of climate change, he added.

He thought that it is possible to achieve these goals using the existing materials of international standards and conformity assessment.

The president hoped that the concerned governmental and non-governmental organizations will be more focused on following and implementing international standards and through this it will be possible to make a positive contribution in building an industrialized and prosperous Bangladesh by 2041.

He said the program adopted on the occasion of 'World Standards Day' will play an important role in creating awareness among industrial entrepreneurs, vendors and consumers in the development and application of quality as well as exchange of specialized experience.

Prime Minister Sheikh Hasina, in her message, said that as a national standards body, BSTI is responsible for formulating and implementing product standards.

Under the leadership and dedicated efforts of Father of the Nation Bangabandhu Sheikh Mujibur Rahman, he said, BSTI became a member of the International Organization for Standardization (ISO) in 1974.

Since achieving the membership, she said, new markets are being opened up by expanding trade at home and abroad.

To continue this trend, she hoped that the domestic industrial entrepreneurs and importers will pay more attention to the production, import, marketing and accurate weighing and measurement of quality products.

Marking the day, BSTI has drawn up comprehensive programmes, including discussions at its head office, regional offices, and special programmes at Bangladesh Television (BTV) and Bangladesh Radio.

A discussion will be held tomorrow at BSTI head office at Tejgaon in the city where Industries Minister Nurul Majid Mahmud Humayun is expected to be present as the chief guest while State Minister for Industries Kamal Ahmed Mojumder, Industries Secretary Zakia Sultana and President of the Federation of Bangladesh Chambers of Commerce and Industry (FBCCI) Md Jashim Uddin will join it as special guests.