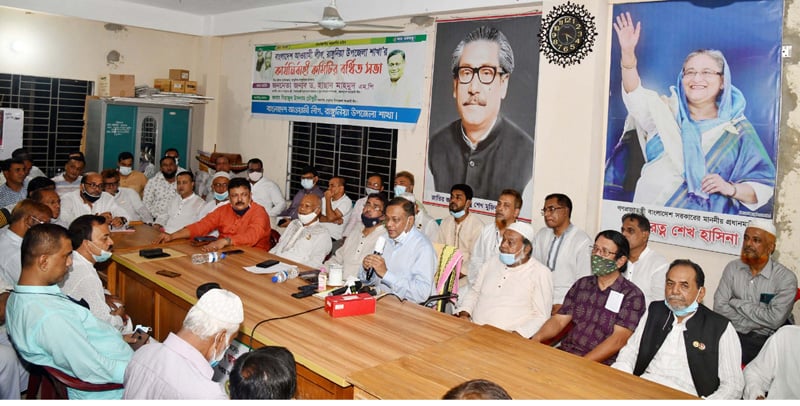 CHATTOGRAM, Sept 26, 2021 (BSS) - Information and Broadcasting Minister Dr Hasan Mahmud today said that the unity process of BNP will become a great disunity like past because there is great disunity among those parties with whom BNP formed unity.

"Even before 2018, they built unity with the right, left and ultra left parties but the strength of that unity vanished in the thin air," he told the special extended meeting of Rangunia Upazila AL on Sunday evening.

Despite their failure in forming unity in the past, BNP has again started 'unity process' among them, he said, adding that the unity they are still talking about would become a piece of paper.

The minister, also Joint General Secretary of Bangladesh Awami League (AL), said that BNP has been saying for the last few days that it will engage all its strength to bring down the present government.

"But, BNP leaders are speaking against the government because they do not see the success of AL and Sheikh Hasina," he added.

Hasan Mahmud said that leaders and activists at the grassroots level are the lifeblood of AL.

"We are in power three times in a row today because of the organization and its President Sheikh Hasina. Our organization is spread across the country. Sometimes, leaders-activists have become inactive in some places but such inactiveness must be avoided," he added.

About the upcoming elections, he said that elections will be held in Bangladesh after two years.

"If we can participate in that election with full organizational strength, Inshallah we will have a landslide victory like 2018," Hasan added.

Mentioning Sheikh Hasina as an example to the whole world today, Hasan said her leadership is acclaimed worldwide.

He said that Bangladesh has been able to sustain economic growth Sheikh Hasina's leadership despite the Corona epidemic.