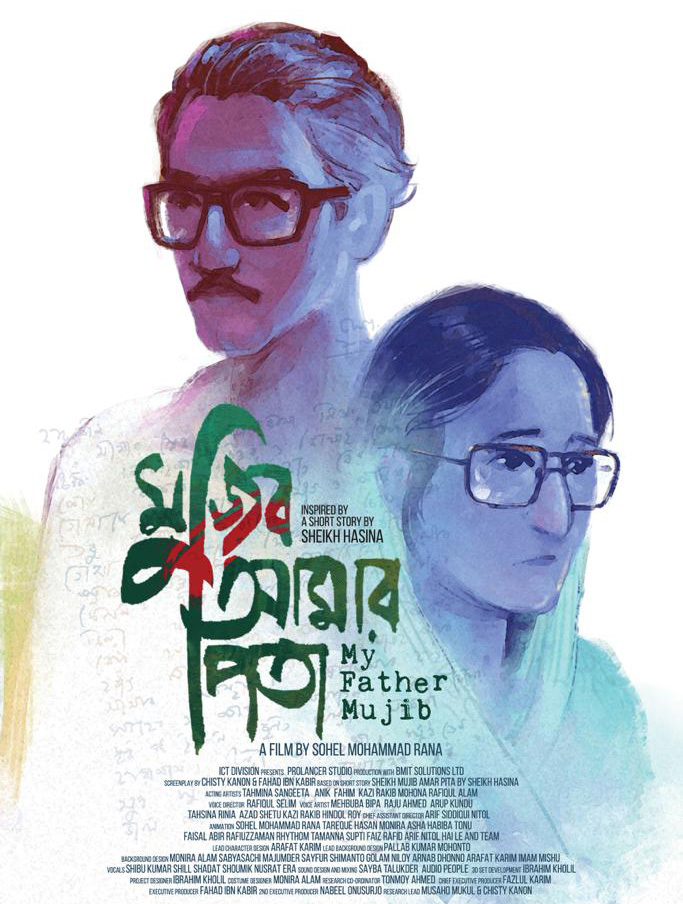 DHAKA, Sept 26, 2021 (BSS) - Mujib Amar Pita' (Mujib - My Father), an animated film based on the book by the same name authored by Prime Minister Sheikh Hasina, is set to be released on her birthday September 28.

Months back, its trailer hit the digital platforms, and since then the number of viewers keeps rising.

As it is shared and viewed continuously, the audience gets all the more excited about the release.

Information and Broadcasting Minister Dr. Hasan Mahmud will inaugurate the film, made by the ICT Division of the Information Ministry as part of the country's celebration of the birth centenary of the Father of the Nation Bangabandhu Sheikh Mujibur Rahman and the 50th year of the independence of Bangladesh.

"This initiative is a part of the government's electoral pledge - Digital Bangladesh - to help the animation industry grow and develop in the country, given that most of such animation-related works witnessed a common practice of being outsourced from offshore makers. Also, it will present the exact history, eliminating the distorted version brought forth by the opposition while being in the government," said Tonmoy Ahmed, coordinator of ALBD web team.