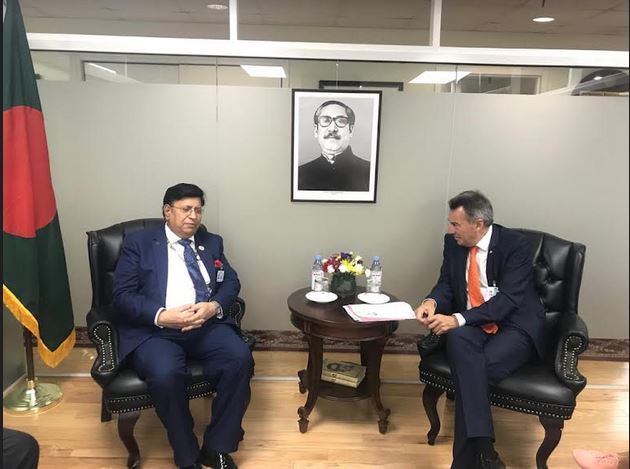 DHAKA, Sept 26, 2021 (BSS) - President of the International Committee of the Red Cross (ICRC) Peter Maurer expressed gratitude to Bangladesh, particularly to Prime Minister Sheikh Hasina for her humanitarian gesture in providing shelter to the Rohingyas when they entered Bangladesh after being persecuted in their homeland by their own state machinery.

He expressed the gratitude while paying a courtesy call on Foreign Minister Dr. A K Abdul Momen on 23 September, according to a press release.

The foreign minister suggested that ICRC should work more actively in Rakhine state with the Myanmar authorities for the creation of a favorable environment so that the Rohingyas can go back to their homeland with dignity, in a sustainable manner.