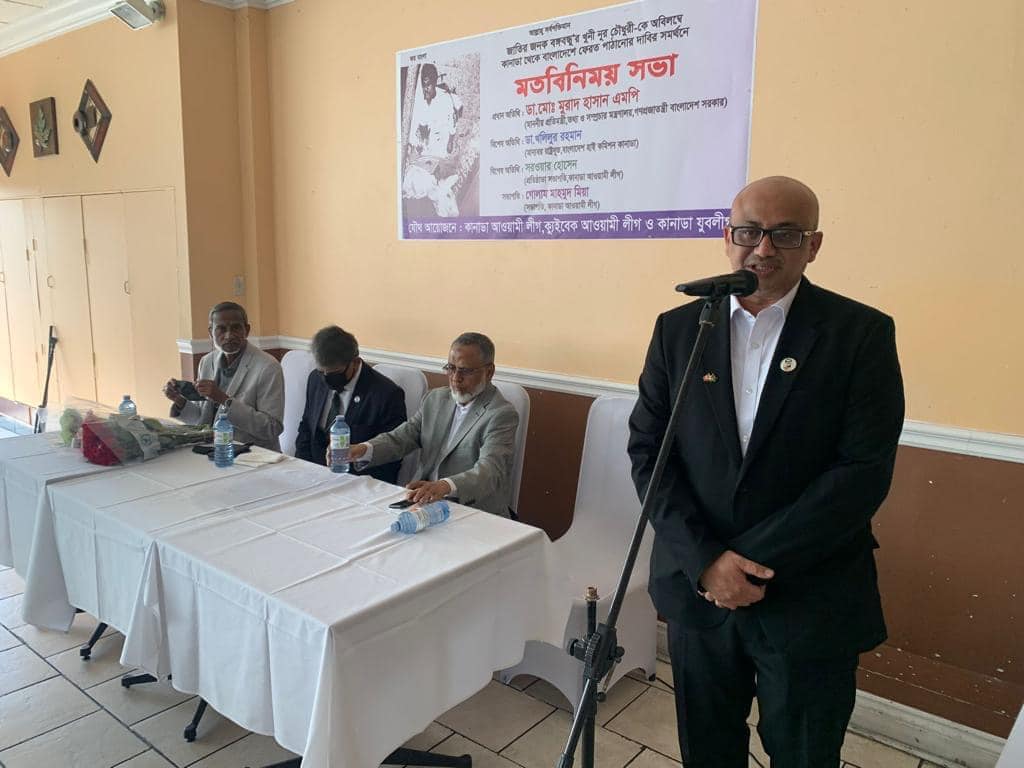 DHAKA, Sept 26, 2021 (BSS) – State Minister for Information and Broadcasting Dr Md Murad Hassan has said that the government is making every effort to bring back Father of the Nation Bangabandhu Sheikh Mujibur Rahman's self-confessed killer Noor Chowdhury from Canada.

"Our government is making every effort for the deportation of Noor Chowdhury from Canada who was sentenced to death in the murder case of Father of the Nation," he said.

The state minister was speaking as the chief guest at a view-exchange meeting, in support of the demand for immediate repatriation of Noor Chowdhury, jointly organized by the Awami League of Canada, the Quebec Awami League and the Canadian Jubo League yesterday.

Murad also asked the Bangalee people living in Canada to unite in demanding the extradition of the killer.

He hoped that the trial of the fugitive murderers of the Father of the Nation would be completed under the foresight and prudence leadership of Prime Minister Sheikh Hasina, daughter of Bangabandhu.
"Bangabandhu's fugitive self-confessed murderer Noor Chowdhury will be brought back to Bangladesh and the death sentence will be executed and besides, the posthumous trial of the main killer and mastermind Ziaur Rahman will also be ensured," he added.

With the president of Canada Awami League Golam Mohammad Mahmud Mia in the chair, the programme was attended, among others, by Bangladesh high commissioner to Canada Dr Khalilur Rahman and founding president of the Awami League of Canada Sarwar Hossain as special guest.

Leaders of the Quebec Awami League and the Canada Jubo League were also present on the occasion.