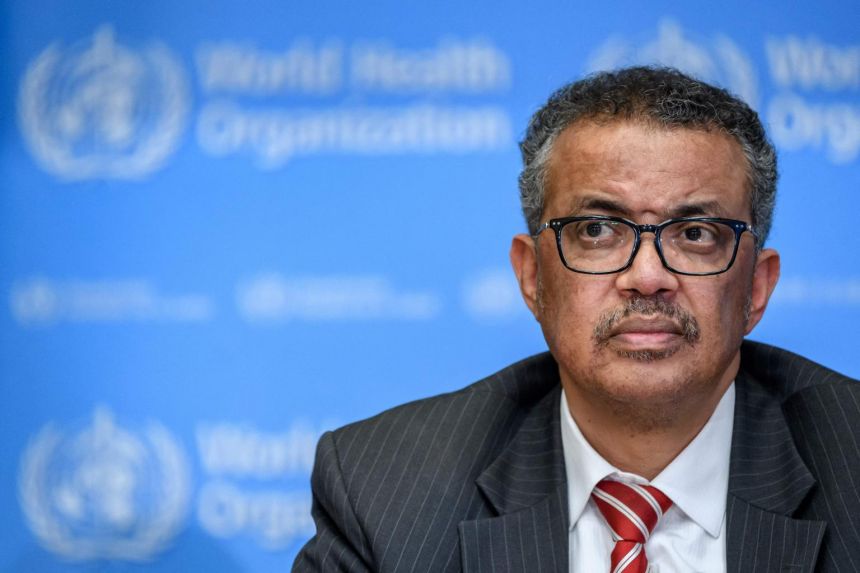 WHO member states had until 1600 GMT to nominate candidates. Germany announced on Wednesday that it was proposing Tedros, who appears to be the only candidate in the running.

"Today September 23rd, France and Germany, in coordination with a group of EU states, nominated Dr Tedros Adhanom Ghebreyesus @DrTedros for the election of the @WHO Director-General to be held in May 2022," the permanent missions of France and Germany at the UN in Geneva both wrote in a tweet.

Each country, among them Austria, France, Portugal and Spain, submitted a sealed envelope to the Geneva-based WHO.

The organisation will not open the envelopes before October 1. Then, a few weeks later, the list of candidates will be sent to the WHO's 194 member states, before being made public.

In 2017, Tedros became the first African to head the powerful UN agency.

The 56-year-old has been on the front line since the start of the Covid-19 crisis, making him one of the most familiar faces in the fight against the pandemic.

At a news conference on Wednesday, when asked by AFP to confirm he was running for a second term, Tedros declined to answer.

His nomination by European countries comes as a surprise, as most observers predicted that official support would come from African nations.

Tedros is relatively popular due to his role in steering the WHO's efforts to coordinate the tumultuous global pandemic response.

But his candidacy became complicated after Ethiopia allegedly withdrew its support over the conflict in his home region of Tigray.

Candidates for the UN health body's top slot are generally nominated by their home countries.

Tedros drew the ire of the Addis Ababa government by using the WHO platform to condemn the crackdown in Tigray.

If multiple candidates come forward, a selection process will start in January 2022 to establish a shortlist of up to five potential directors-general.

Member states will vote for the next head of WHO -- whose term begins in August next year -- in a secret ballot in May during the World Health Assembly, the WHO's main annual meeting of member states.