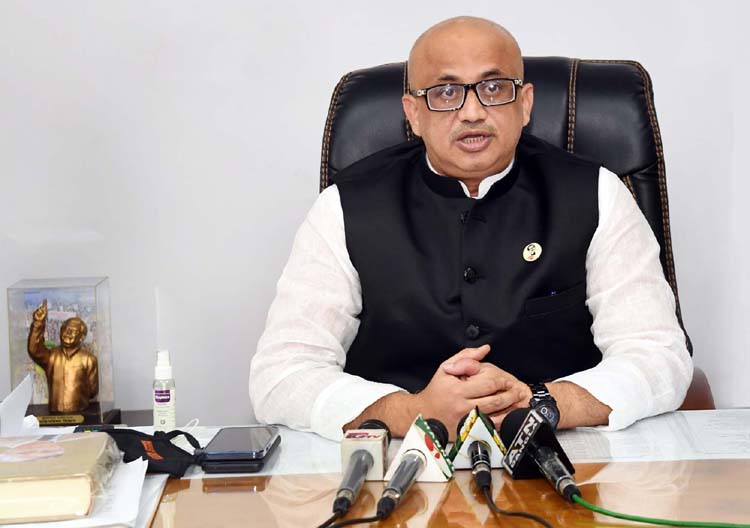 DHAKA, Sept 19, 2021 (BSS) – State Minister for Information and Broadcasting Dr Md Murad Hassan today said the dream of caretaker government will bring no outcome since the parliamentary elections will be held under the Awami League government as per the constitution given by Bangabandhu.

The polls will be held under the Election Commission (EC) while the people will cast their votes as per their wishes and decide who will run the state, Murad added.

The state minister came up with the statement while exchanging views with journalists on contemporary issues at his ministry office at the Secretariat here, said a press release.

There is no need of learning (about) election prescription from BNP as the people do not accept its suggestion, Murad said, questioning, “What kind of election formula will Mirza Fakhrul give as he is a follower of a killer?”

Terming the BNP a media-based political party, he said, “They (BNP) are efficient in playing drama by shedding tears and boycotting votes staying at Paltan (party office). But they don’t find any polling agent on behalf of them”.

Their agents go to tour in Sylhet, Cox’s Bazar, Thailand and Malaysia (on election day) and it is the actual state of BNP, the state minister said, adding, “But all allegations are raised against AL and Bangabandhu’s daughter. However, this strategy will no longer work in Bangladesh”.