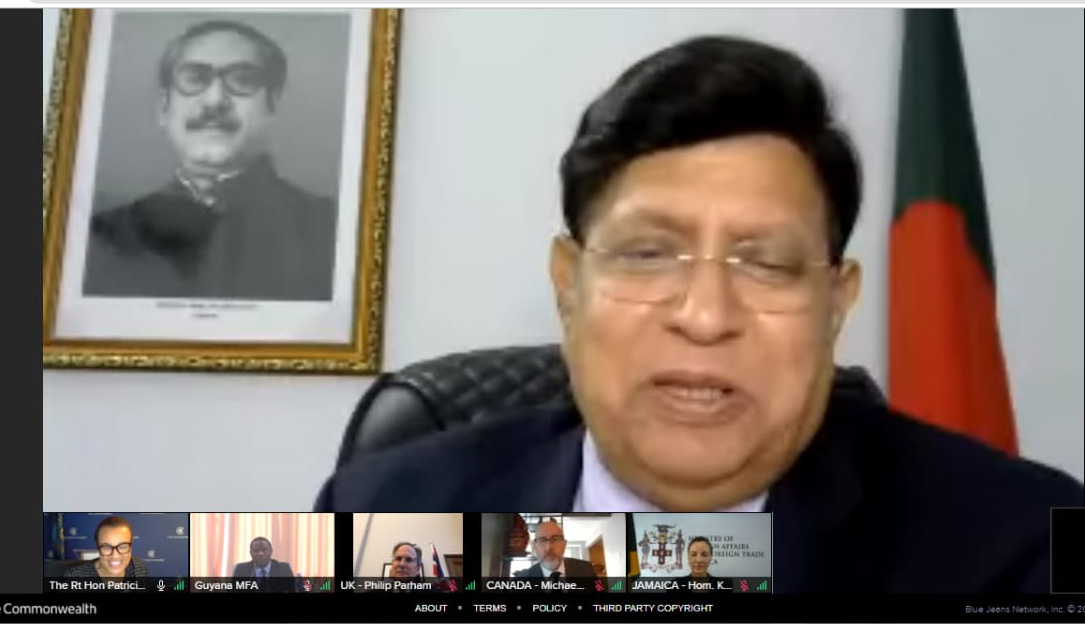 DHAKA, Sept 14, 2021 (BSS) - Bangladesh today chaired the Commonwealth Ministerial Group on Guyana and reaffirms the proposal of the group for peaceful settlement of the dispute between Guyana and Venezuela through the intervention of the ICJ.

AS the chair of the Group, Bangladesh foreign minister Dr AK Abdul Momen reiterated its firm and unswerving support for the maintenance and preservation of the sovereignty and territorial integrity of Guyana, a foreign ministry press release said tonight.

“Bangladesh looks forward to steering the Commonwealth Ministerial Group on Guyana to reach a peaceful settlement of disputes through dialogue and international adjudication which also is in line with Bangabandhu Sheikh Mujibur Rahman's visionary Foreign Policy doctrine," he said while virtually chairing the second meeting of the Group on Guyana under Bangladesh's chairmanship.

Dr Momen assured that as Chair, Bangladesh would steer the deliberations of this Ministerial Group's work towards a peaceful settlement of the territorial dispute between Guyana-Venezuela.

Bangladesh took over the chairmanship from South Africa for this Ministerial Group that is currently overseeing the long-standing territorial dispute between the British Guyana and Venezuela over their maritime territory.

Commonwealth Secretary-General Baroness Patricia Scotland and Foreign Ministers of Antigua and Barbuda, Canada, Guyana, Jamaica and the UK were present in the meeting.