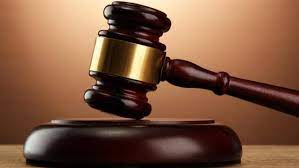 SATKHIRA, Sept 14, 2021 (BSS) - A court in Satkhira today sentenced a man to death for killing four members of his brother's family over a feud in Kalaroa upazila of the district.

Satkhira Senior District and Sessions Judge Sheikh Mofizur Rahman announced the verdict in the morning. The convict Raihanur Rahman was present in court to hear the verdict.

After the verdict, PP Advocate Abdul Latif said this is the "first time" in the history of the judiciary that a verdict has been announced 11 months after the murder in a murder case in Satkhira.

According to the case details, unemployed Raihanur used to live with his brother's family. Raihanur's wife divorced him on January 10 last year for his unemployment due to physical illness.

Shahinur's wife Sabina used to scold her brother-in-law from time to time for not being able to pay the family.

Due to this, on the night of October 14 last year, Raihanur hacked Shahinur, Sabina, Siam and Tasnim to death, however, did not kill their four-month-old baby Maria and left her beside the bodies.

On October 21 in 2020, Raihanur pleaded guilty in the court of Senior Judicial Magistrate Bilas Mandal.

On November 24, CID inspector Shafiqul Islam filed a charge sheet, naming Raihanur Rahman the only accused in the case.

The trial began on January 14 with the formation of charges in the case.