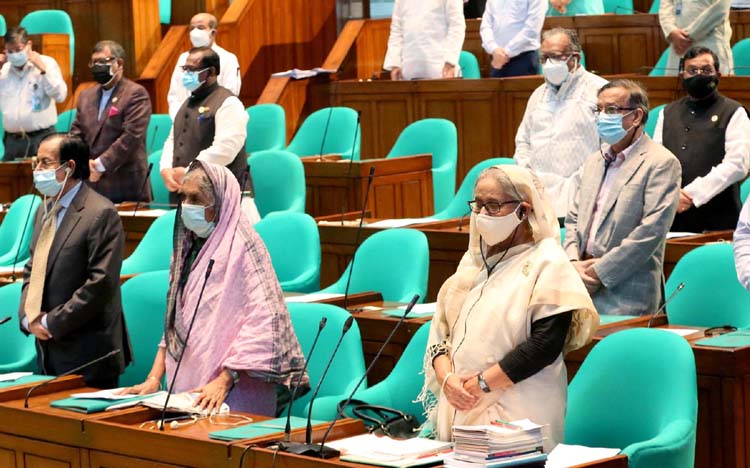 Speaker Dr Shirin Sharmin Chaudhury moved the obituary reference at the
beginning of the session with brief resume of lawmaker Masuda, also a member
of parliamentary standing committee on the cultural affairs ministry, who
breathed her last at around 3:30 am while undergoing treatment at city's
BIRDEM hospital.

The Speaker while moving the reference said the House expresses its deep
shock at the death of the opposition lawmaker who joined the Jatiya Party in
1982 and then became the international affairs secretary of the party.

Born on July 22 in 1951 at Raozan upazila under Chattogram, Masuda obtained
senior Cambridge degree from Cambridge University in 1963. She completed
honors from Chattogram College and obtained Masters degree from Dhaka
University. Then she obtained further higher degrees from abroad.

Masuda, wife of Advocate ABM Fazley Rashid Chowdhury, was a professor of
Social Science department of Dhaka University and also a part time professor
of Bangladesh University of Engineering and Technology (BUET). She was also a
dean of Peoples University.

Earlier, conventional discussion was also held in the parliament on the
life and works of the distinguished lawmaker.

They conveyed deep sympathy to the members of the bereaved family and
prayed for the eternal peace of the departed soul.

The lawmakers also observed a one-minute silence as a mark of respect to
the departed soul.

As a mark of respect to the death of a sitting member, after adoption of
the obituary reference and munajat, the speaker adjourned the sitting of the
house at 12:03pm to resume it again on Wednesday at 10:30am.