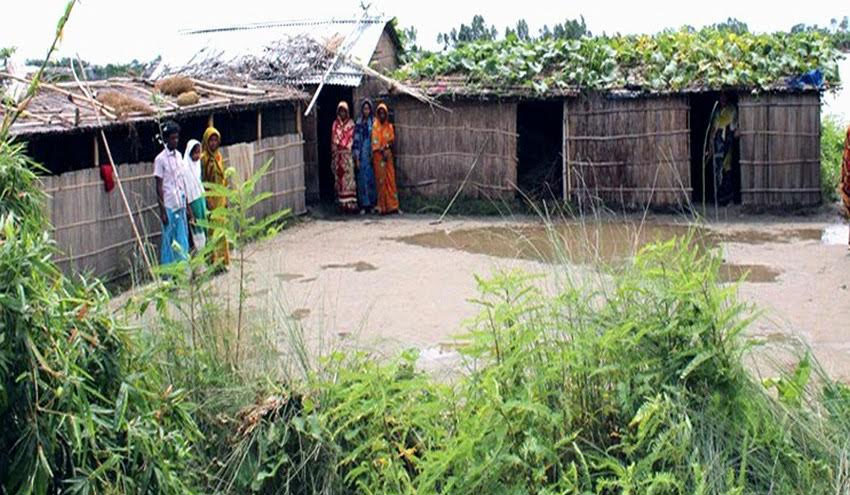 RANGPUR, Sept 7, 2021 (BSS) - Many displaced people started returning
homes following further improvement of the flood situation in the deluge-hit
northern districts in the Brahmaputra basin during the last 24 hours ending
at 9 am today.

The improving trend in the flood situation may continue with further
recession in water levels of the major rivers in the basin during the next 48
hours.

Meanwhile, sporadic incidents of riverbank erosion have been reported
from several points alongside the Dharla, Dudhkumar, Teesta, Brahmaputra,
Ghaghot and Jamuna rivers due to stronger river current with recession of
floodwater.

Water levels of the Brahmaputra marked falls by 25cm at Noonkhawa, 28cm
at Hatia and 25cm at Chilmari while Dharla marked fall by 41cm at Kurigram
and Ghaghot by 26cm at Gaibandha points during the last 24 hours.

Water levels of the Jamuna marked sharp falls by 32cm at Fulchhari, 35cm
at Shaghata, 34cm at Bahadurabad, 29cm at Sariakandi, 22cm at Kazipur and
25cm at Sirajganj points during the period.

The Brahmaputra was flowing below the DL by 98cm at Noonkhawa, 82cm at
Haita and 33cm at Chilmari while Dharla by 33cm at Kurigram and Ghaghot by
53cm below the DL at Gaibandha points at 9 am today.

The Jamuna was flowing below the DL by 39cm at Fulchhari, 57cm at
Shaghata, 36cm at Bahadurabad, 2cm each at Sariakandi while above the DL by
11cm at Kazipur and 8cm at Sirajganj points at 9 am.

However, water levels of the Teesta marked rises by 10cm at Dalia and
3cm at Kawnia points in Nilphamari and were flowing below the DL by 20cm and
52cm at these points respectively at 9 am today.

Chief Engineer for Rangpur Zone of BWDB Jyoti Prosad Ghosh said sporadic
riverbank erosion was being reported alongside major rivers from Kurigram,
Gaibandha and other areas and riverbank protection works are continuing at
most places.

"The district administrations are ensuring proper distribution of relief
goods and cash money among the flood-hit people," he said.

Similarly, the district administrations are continuing relief activities
in other flood-affected northern districts in the Brahmaputra basin where the
flood situation continues improving rapidly.

According to a bulletin of the Flood Forecasting and Warning Center
(FFWC) of BWDB at Dhaka, water levels of all major rivers are in a falling
trend which may continue in the next 48 hours in the Brahmaputra basin.

"The flood situation may continue improving in all districts in the
Brahmaputra basin while the Teesta may rise and stay near the danger level at
Dalia point in the next 24 hours," Executive Engineer of the FFWC of BWDB M
Arifuzzaman Bhuiyan said.