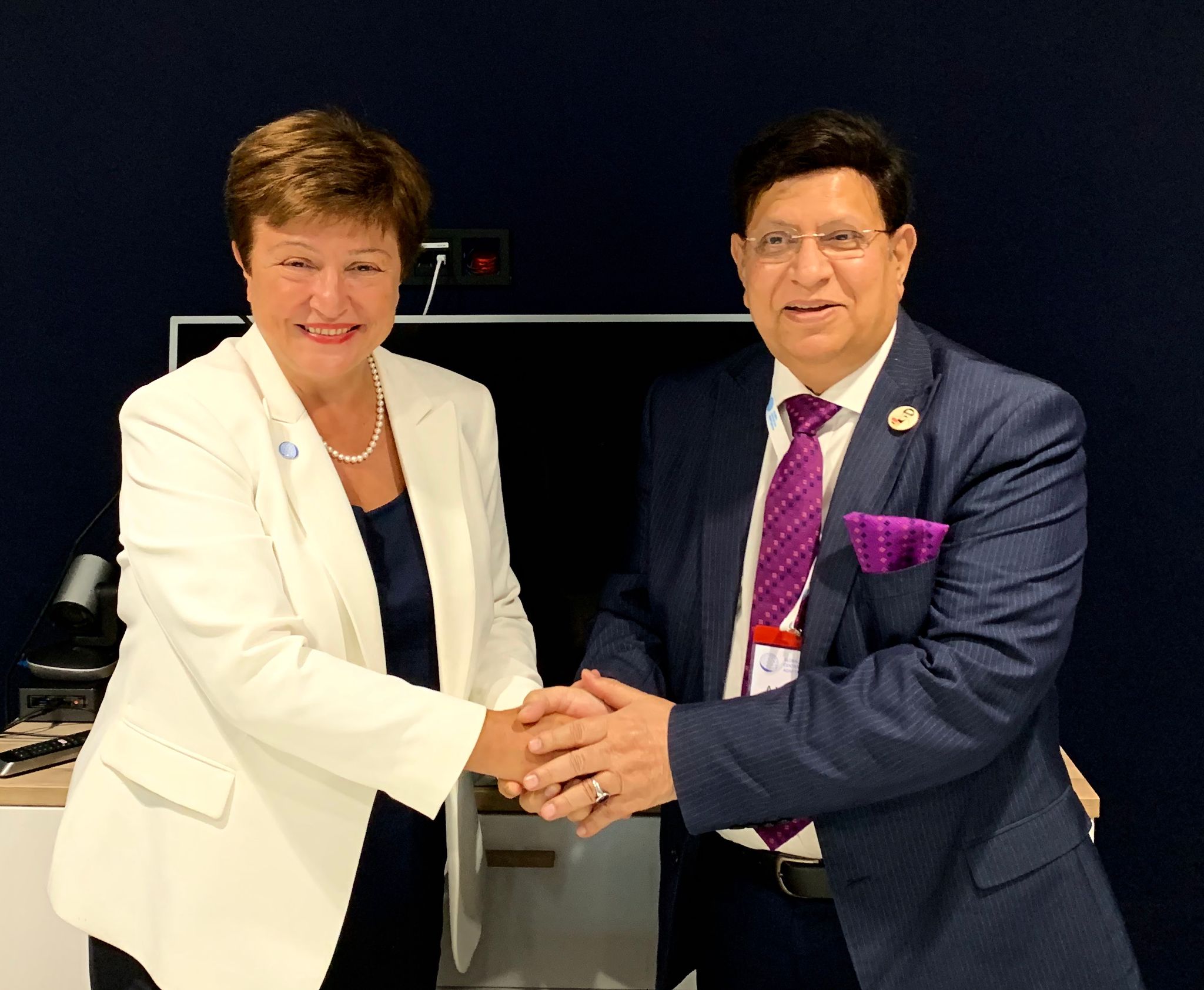 requested for support in the form of climate financing, rehabilitation of
climate migrants, and transfer of green technology to address the challenges
of climate change.

He made this request when holding separate bilateral meetings with the Head
of IMF and several Dutch Ministers on the side lines of the Global Center on
Adaptation (GCA) meet in Rotterdam of the Netherlands on Monday, a foreign
ministry press release said here today.

During his meeting with International Monetary Fund (IMF) Managing Director
Kristalina Georgieva, Bangladesh Foreign Minister requested for support of
the IMF in addressing the challenges of climate change.

Dr. Momen explained the difficulties faced by the people of Bangladesh
because of the climate change, including sea-level rise, increase in
salinity, river erosion, floods and draughts.

He also mentioned the steps taken by the Bangladesh government under the
leadership of Prime Minister Sheikh Hasina in addressing those challenges.

Portraying Bangladesh as a global leader in the area of climate change
adaptation, Momen sought IMF support for funding several projects, taken by
the Bangladesh government to become climate resilient.

The IMF chief appreciated the Bangladesh government role in addressing the
challenges of climate change and lauded Prime Minister Sheikh Hasina to
provide shelters to the Rohingyas who had fled persecution in their own
country, Myanmar.

Georgieva assured that her office would be ready to work with Bangladesh in
the area of climate change.

He also explained the necessity of embankments to protect from sea-level
rise, river erosion and floods and sought Dutch advice and assistance in
building embankments and dykes in this regard.

Momen also suggested that the Dutch Government may support Bangladesh in
water management in the Special Economic Zones (SEZ) that are being developed
in different places in Bangladesh.

It was also agreed that the two sides would work together to address the
challenges of climate change.

In the meeting, Dr. Momen requested for continued preferential access of
Bangladeshi products into Dutch market for a period of time after the
graduation of Bangladesh from the group of LDCs.

Foreign Minister informed the Netherlands Minister about the exportable
items of Bangladesh, and suggested that the Dutch importers may explore
different Bangladeshi products and services, including pharmaceuticals and
ICT service.

Momen also briefed Bruijn about the different initiatives of Bangladesh in
the area of climate change and requested for Dutch development cooperation in
the area of renewable energy and transfer of green technology in this regard.

The Foreign Minister is now in The Netherlands to attend the meeting of the
Global Center on Adaptation (GCA), the Dutch initiative to develop and share
knowledge and best practices for climate change adaptation.

Dr. Momen is the Board Member of the GCA, while the immediate UN past
Secretary General Ban Ki Moon is the Chairman of the organisation.