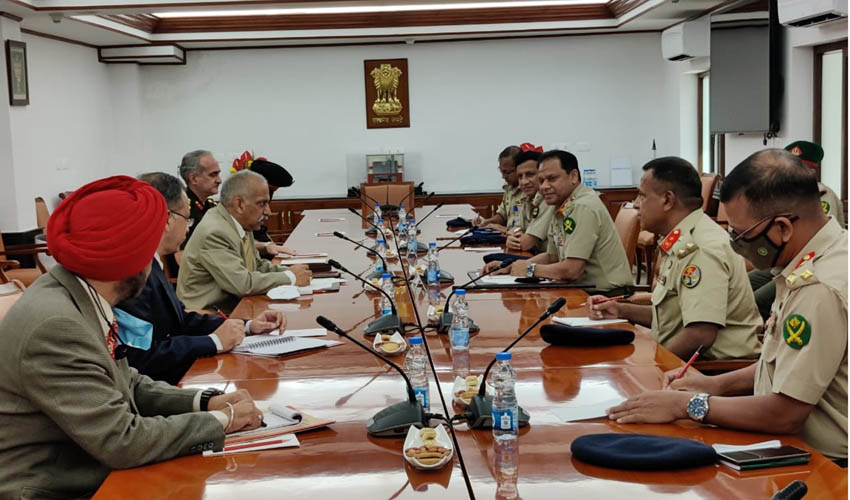 He also met Lieutenant General (Retd.) Vinod G. Khavare, Military
Adviser to the Secretariat of the State Security Council at the Office
of the Prime Minister of India, said an ISPR press release.

This brigade was the first to enter Dhaka through Tongi as a member
of the Allied Forces in the Great Liberation War of 1971.

On Monday morning, the Army Chief visited the Wargame Development
Center and Defense Image Processing and Analysis Center in India.

There he learned about the activities and technical issues of the
two institutions and discussed possible areas of future cooperation.

In the open discussion at the end of the seminar, he answered
various questions of the NDC course members.

He is expected to return home on September 8, 2021,the release added.