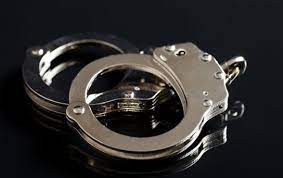 DHAKA, Sept 5, 2021 (BSS) – Members of Rapid Action Battalion (RAB), in a drive, have arrested six members of an inter-district bus robbery gang for their alleged involvement in the murder of Hanif Paribahan bus driver Manzur Hossain.

Acting on a tip-off, RAB-1 and RAB-13 raided several places of Ashulia, outskirts of Dhaka, and Gaibandha district yesterday and detained them, said a press release here today.

During the preliminary interrogation, the nabbed persons confessed that they were involved in the murder of Hanif Paribahan bus driver Manzur Hossain, 55, hailing from Pirganj area of Rangpur district.

Manzur Hossain was killed while the arrestees were trying to hijack his bus at around 8 pm on August 31 last.

RAB seized 5 knives, including the knife used in the murder, one looted mobile phone and 5 other mobile phones from their possession.

Legal action was taken in this regard.