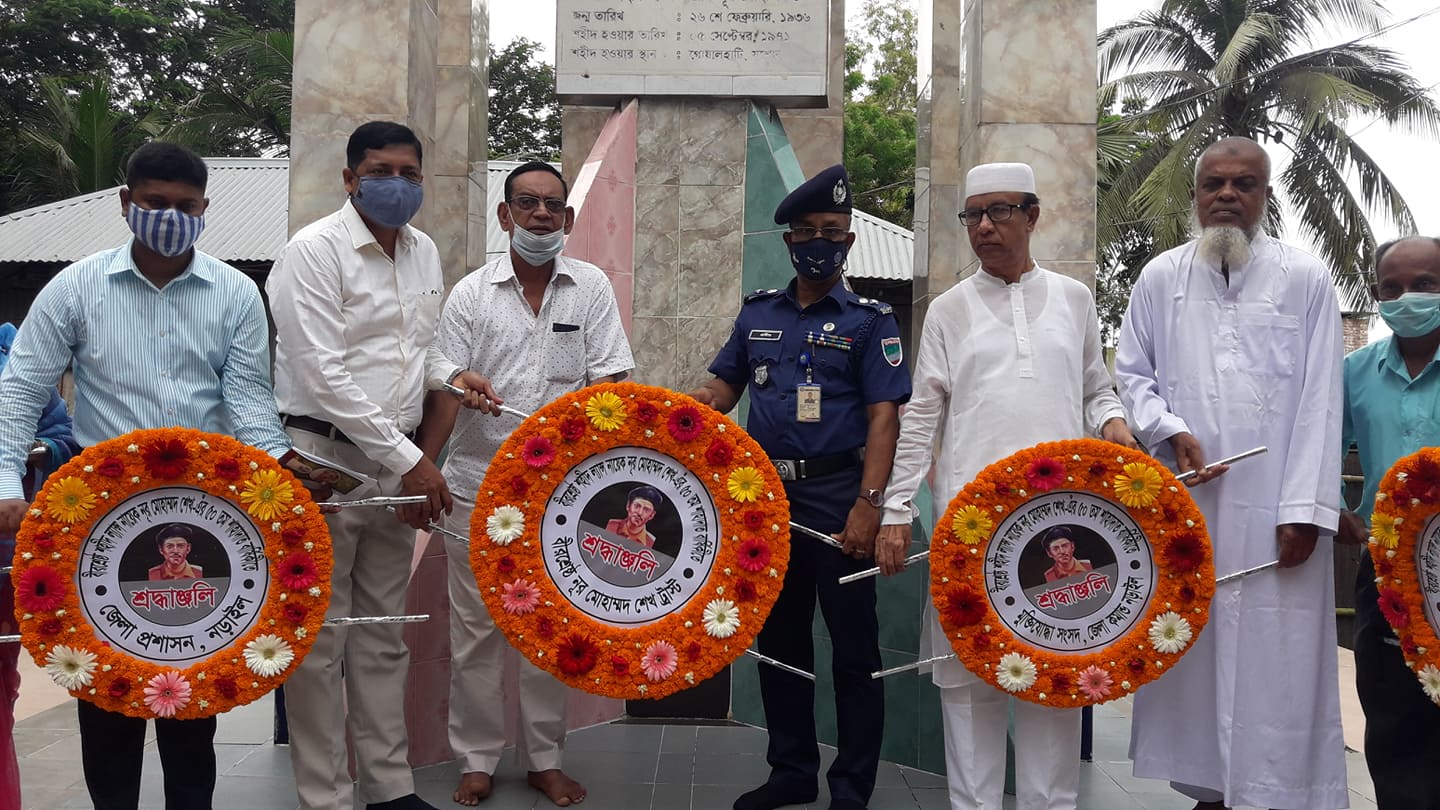 The programmes began with rally, placing of wreaths and presenting guard of honour at the memorial monument in Nur Mohammad Nagar.

Besides, gift items from the Prime Minister were distributed at the occasion.

He joined the then East Pakistan Rifles (EPR), now Border Guard Bangladesh (BGB), on February 26, 1959. He later joined the liberation war in 1971.

He braced martyrdom in shooting by Pakistan occupation forces on September 5, 1971 at Goalhati in Jashore during the war.

He was buried in Kashipur area in Sharsha upazila of Jashore.