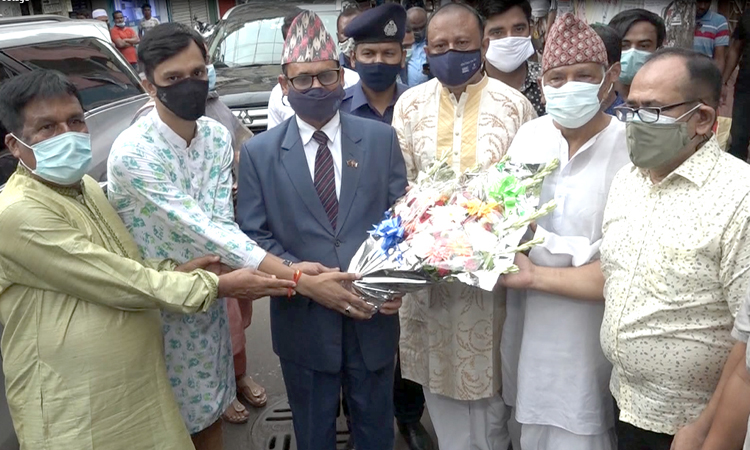 “Bangladesh and Nepal are two friendly nations. The culture and traditions here are as like as those of our country. There is no disparity among Hindus, Buddhists, Christians and Muslims here. It is a proud nation,” he told the view-exchange.

The Nepalese ambassador hoped bilateral relations, trade and commerce between the two nations will be deeper in the coming days.

Later, Dr Mishra visited the temple and took prashad and offered puja at the temple.