Govt to try not to cut any more Suhrawardy trees: Mozammel 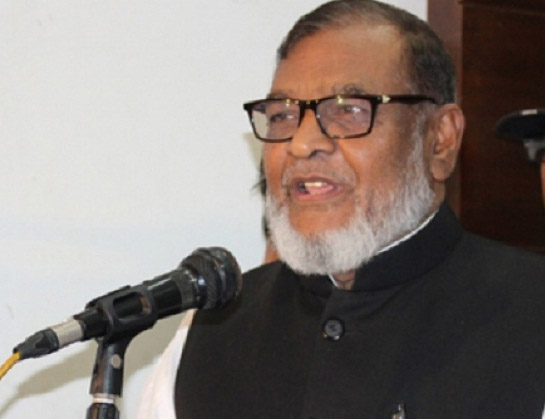 He was addressing as the chief guest at a workshop, at the Public Works auditorium here, on apprising of the activities and greenery programme under the ongoing project on Suhrawardy Udyan, said a press release.

In light with the recommendations at the seminar, the minister said Shikha Chirantan, Swadhinata Stambha and underground Liberation War Museum have already been constructed under the project of Liberation War Ministry to uphold the true history of the great Liberation War and the history of different democratic movements on the path to achieve independence of Bangladesh before the future generation and world community.

He said the mega plan titled Swadhinata Stambha Construction (third phase) is being implemented to conserve the true history of Liberation War, build the Udyan as an international standard, modern city friendly beautiful one having green shape which can attract local and foreign tourists.

Works are underway to construct sculpture of Father of the Nation Bangabandhu Sheikh Mujibur Rahman at the place where he delivered his landmark March 7 speech, sculptures at the place where Pakistani occupation forces surrendered to liberation forces, sculptures signifying the history of struggles against Pakistani oppressors for 23 years and nine-month Liberation War, Indira Manch, water body and fountain, underground parking spot having capacity of 500 car parking, seven food kiosk having separate toilet facilities for women, children and disabled and children’s park there, the seminar was informed.

Mozammel Haque said a special authority will be created for the maintenance of the project.

“We have a target that as many as 10,000 people will come here to visit the project. Of them, 2000 visitors will be students who will be brought from different parts of the country by the Liberation War Affairs Ministry,” he said, adding that the project is being implemented to accomodate a huge number of people.

He said upon the completion, the project will facilitate the visitors with standard and safe environment, toilet facilities and refreshment side by side with offering them the opportunity to know the history of the Liberation War.