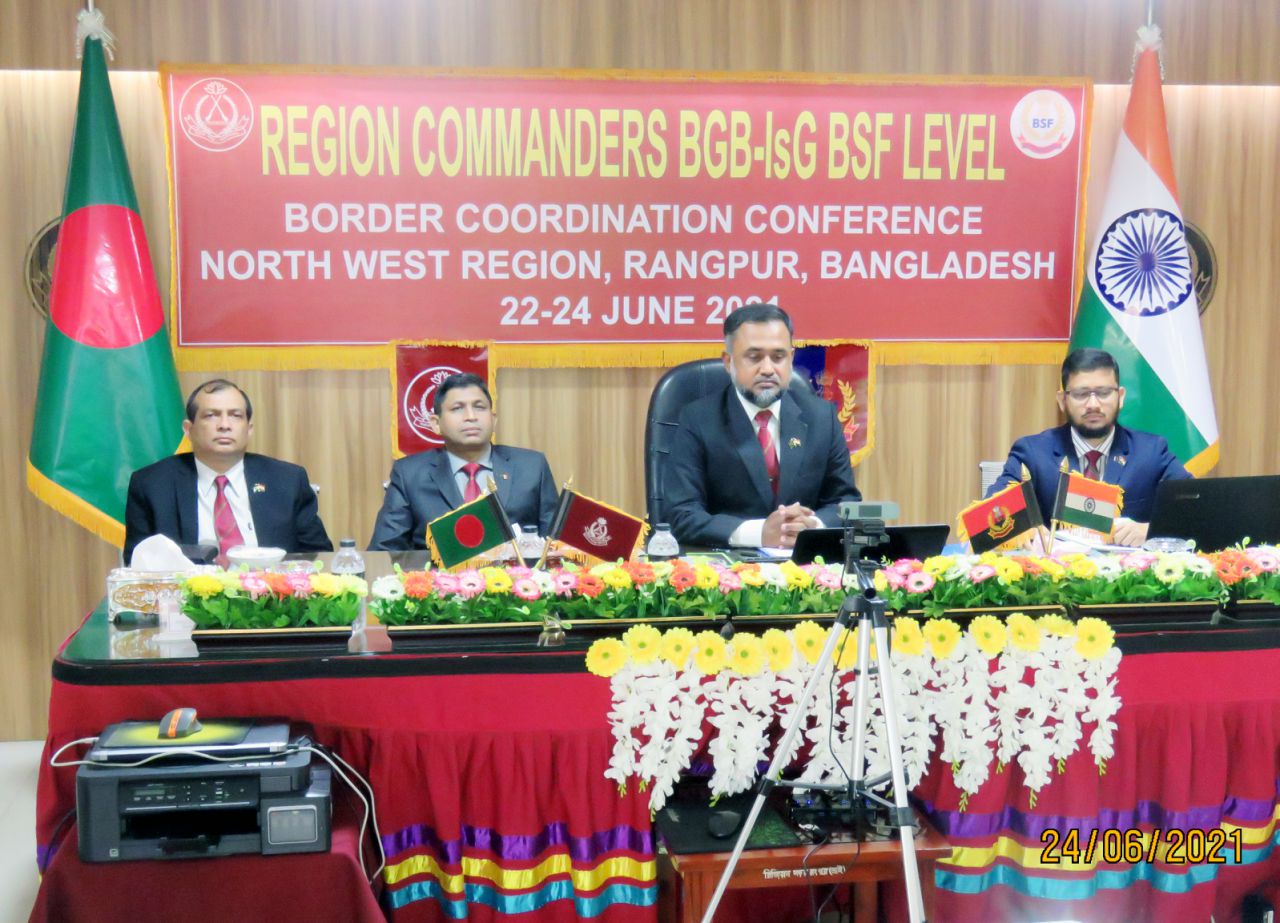 In the beginning of the conference, Rqibul Karim highlighted the existing friendly relations between the border security forces of the both countries and emphasized on the collective efforts of the forces to deal with all transborder issues.

The border coordination conference also held fruitful discussions on killing, firing and injuring Bangladeshi citizens in the frontier areas by BSF members, preventing smuggling of drugs, narcotic substances, wine, arm and explosives, trespassing by BSF members and Indian nationals, construction of different structures and development activities by India within 150 yards of the international border, joint patrolling and proper implementation of the border agreement as well as strengthening the mutual trust.

The both sides in the conference expressed satisfaction over the existing friendly relations and vowed to continue the sincere effort to strengthen the relation further.