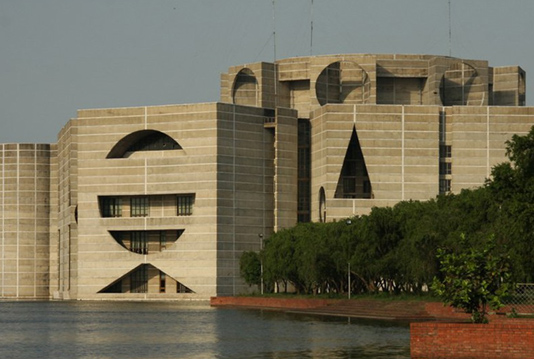 DHAKA, Jan 24, 2023 (BSS) - Lawmakers today said that the government is providing 30,000 'Bir Nibash' (houses) to the homeless valiant Freedom Fighters in the country.

The government is providing 30,000 houses to the families of deceased and poor freedom fighters and Biranganas, they said while taking part in the discussion on thanksgiving motion of the President's speech at the Jatiya Sangsad here with Speaker Dr Shirin Sharmin Chaudhury in the chair.

The President in his 168-page speech on January 5 last, on the first day of the maiden session in 2023 of the 11th parliament, focused on the country's massive successes in different sectors.

"The government led by Prime Minister Sheikh Hasina has taken various initiatives for the welfare of the freedom fighters and 30,000 homes are being provided to the family members of deceased and impoverished freedom fighters and Biranganas as gift marking the Mujib borsho," said Abul Hasan Mahmud Ali of Dinajpur-4.

Participating in the discussion, Abul Hayee of Jhenidah -1 said the BNP-Jammat clique is trying to create an obstacle in the government's ongoing development works and they don't uphold the true spirit of the liberation war.

Earlier, the chief whip Nur-E Alam Chowdhury came up with a proposal for holding discussion on thanksgiving motion of the President's speech in the House and then it was seconded by treasury bench lawmaker Shamsul Huq Tuku.

The lawmakers also thanked the President for giving a timely speech highlighting the success stories of the government and guiding the nation towards peace, progress and prosperity.

Earlier, they paid a rich tribute to the Father of the Nation Bangabandhu Sheikh Mujibur Rahman for his contribution to establishing an independent Bangladesh.