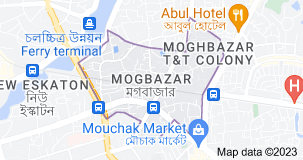 DHAKA, Jan 24, 2023 (BSS) - Four pedestrians were injured in an explosion of an abandoned drum in front of a medicine shop in the Wireless Rail gate area in the city's Moghbazar today.

The injured were identified as- Saiful Islam, 34, Taref, 21, Shahin, 30 and Abul Kalam, 25. Among them, Saiful is in a serious condition.

DMP Ramna Thana Officer in-charge (OC) Abul Hasan confirmed the incident to BSS saying that the accident occurred around 9:45am.

Locals rushed to the spot and rescued the injured. They were later taken to Dhaka Medical College and Hospital (DMCH) for treatment.

The exact cause of the explosion couldn't be known immediately. However, police is looking into the matter, he added.