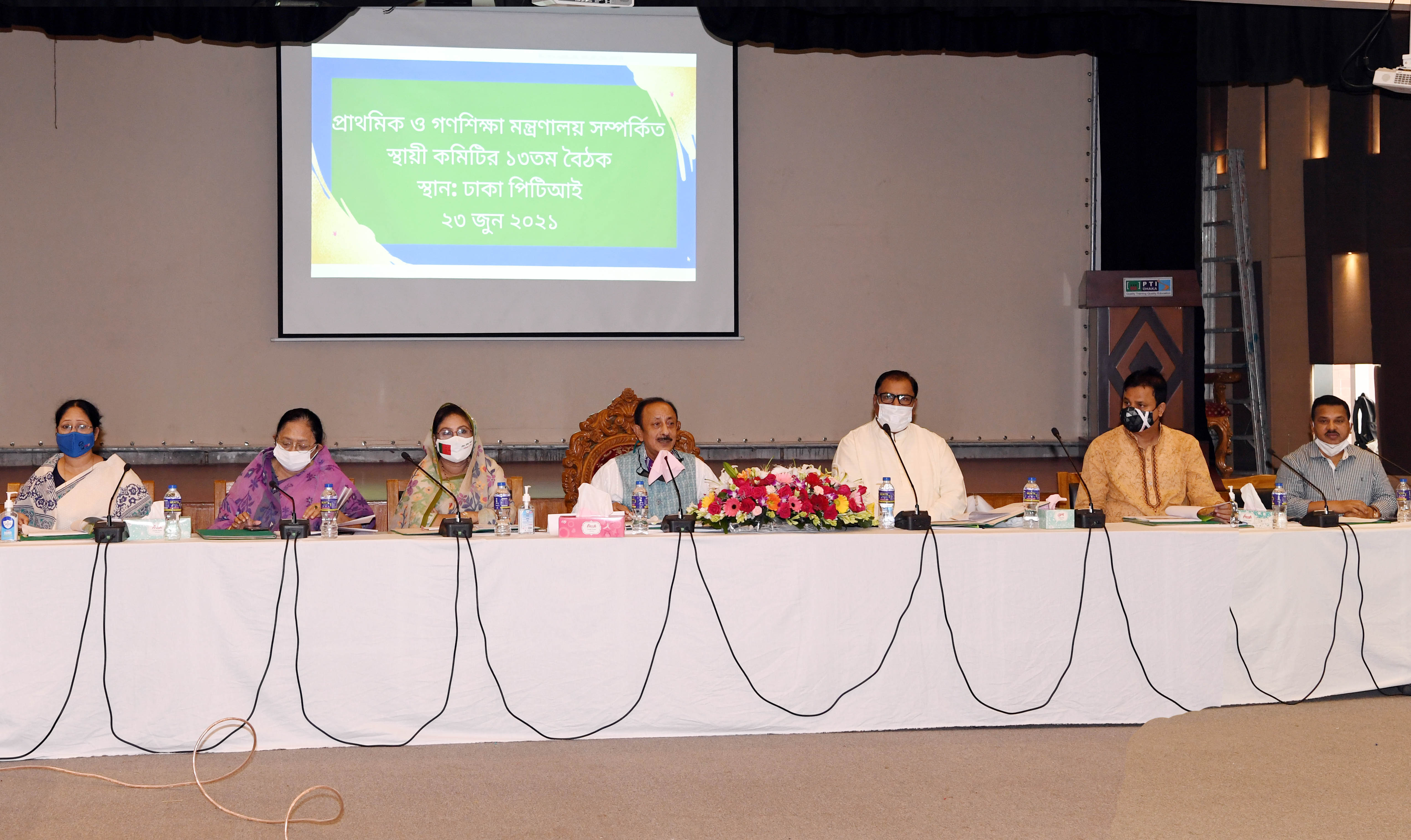 DHAKA, June 23, 2021 (BSS) - A meeting of the Parliamentary Standing Committee on the Ministry of Primary and Mass Education has recommended ensuring transparency and accountability in the procurement and supply of laptops and computer equipment for government primary schools.

The recommendation was made at a meeting held at the newly constructed PTI building in Dhaka's Mirpur today under the chairmanship of committee chairman Mostafizur Rahman, said a press release.

At the meeting, the work plans discussed in the 12th meeting of the committee were adopted in revised form.

The meeting recommended recruitment of teachers or manpower according to the number of students in different schools, formulation of recruitment rules in the shortest possible time.

The committee recommended that the schools which are not complicated to be set up out of the 160 government primary schools selected by the 12 metropolitan police stations of Dhaka metropolis, should take necessary steps to set them up.