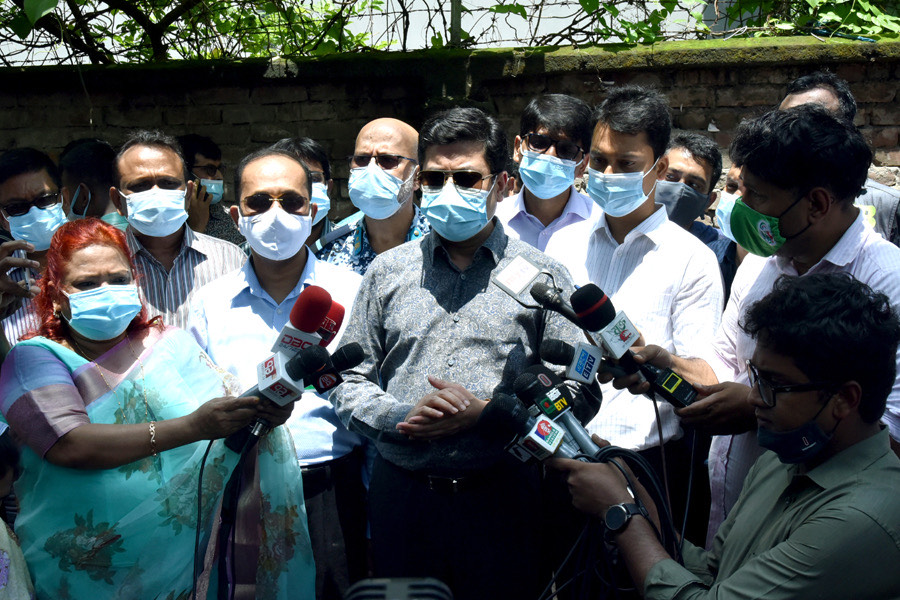 "Drainage system will be improved after implementation of our long-term plan, which
will eventually help remove long-standing water-logging problem in the city,"  he said.

He said this while exchanging views with reporters after inspecting the sewer cleaning activities adjacent to Fortune Shopping Mall in the middle of Mouchak Malibagh Railgate as part of a weekly regular inspection programme, said a press  release.

Referring to the master-plan,  Taposh said, "We have to prepare a design to improve the sewerage system to ensure normal water flow in canals inside and around the capital city."

Earlier, on the occasion of the 72nd founding anniversary of Bangladesh Awami League, Taposh paid homage to the Father of the Nation by placing wreaths at the portrait of Bangabandhu in front of Bangabandhu Memorial Museum at Dhanmondi Road-32.