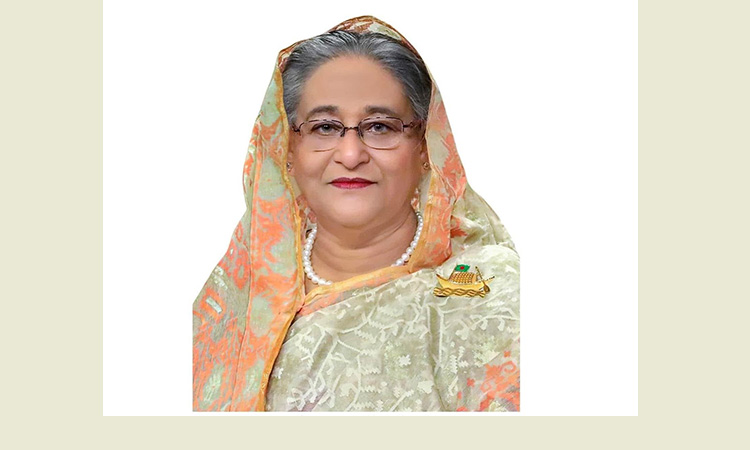 "On this day,  I recall with profound respect the greatest Bengali of all times, Father of the Nation Bangabandhu Sheikh Mujibur Rahman. I recall Awami League's founding president Mawlana Abdul Hamid Khan Bhasani and general secretary Shamsul Haque. I recall with deep respect Huseyn Shaheed Suhrawardy," she said in a message issued here marking the anniversary."

"In exchange of  their supreme sacrifices, we have got an independent and sovereign state and Awami League has become the close organization of the people of Bangladesh," she added.

She recalled with respect the four national leaders, and all martyrs of struggles for freedom, Liberation War and struggles for democracy and all leaders and workers of AL who had embraced martyrdom to turn the party into the largest organization of the masses.

Bangladesh Awami League was formed on June 23 in 1949 at "Rose Garden" on KM Das Lane in Dhaka to emancipate the Bengali nation and realize their rights, the premier said, adding Bangabandhu Sheikh Mujibur Rahman was elected Joint General Secretary while he was in jail.

She continued that on the Black Night of March 25 in 1971, the Pakistani occupation forces swooped on the unarmed people and began the history's most brutal genocide while Bangabandhu was also arrested.

The prime minister said Bangabandhu Sheikh Mujibur Rahman, however, had declared the country's independence using the then EPR wireless in the first hour of March 26 before his arrest.

The premier said the country had achieved its final victory on December 16 in 1971 following the Liberation War conducted under the AL government formed on April 10 with the public representatives and took oath of offices on April 17 at Mujibnagar in Meherpur district.

After independence when Father of the Nation Bangabandhu Sheikh Mujibur Rahman was busy in building ‘Sonar Bangla’ as dreamt by himself, the assailants  killed Bangabandhu and most of his family members on the fateful night of August 15, 1975, she said.

Subsequently on November 3 in 1975 the four national leaders were killed in prison to make Awami League leaderless, the Prime Minister said, adding that there were national and international conspiracies to destroy the AL, but those intrigues went in vain.

Sheikh Hasina said after a long struggle to establish democracy, AL returned to power in 1996 and then the party ran the country successfully from 1996 to 2001.

“ AL  won a landslide victory in the 2008 election with a manifesto  'Charter of Change of Days’ (Din Bodoler Sanad)' and formed a government after being elected three times in a row”, she said, adding that the AL-Led government has executed the trial of the killers of the Father of the Nation Bangabandhu and war criminals respectively through forming the International Criminal Tribunal.

The Fifteenth Amendment to the Constitution has ensured the rights of the people to vote, thus closing the way for illegal seizures of power, she added.

The AL government turned food-deficit Bangladesh into a food-surplus country, February 21 was recognized as International Mother Language Day and the treaties of the Ganges water sharing with India and the Chittagong Hill Tracts (CHT) peace Accord were signed, she said.

Waging a movement against  BNP-Jamaat government and facing all conspiracies of the caretaker government, the Awami League was once again voted to power in 2008, the AL president said, adding that since 2009, the AL government has been working relentlessly for the welfare of the country as well as the nation.

In the last 12 and a half years, she said Bangladesh has achieved unprecedented successes in the socio-economic sector while the country achieved the eligibility for upgrading to the developing country from the least developed countries (LDCs).

"We are ranked among the top five countries in the world in terms of economic progress. At present,  Bangladesh is the 41st largest economy in the world," she said.

"We have brought the poverty rate below 20.5 percent. We have raised the per capita income to 2,227 $ dollar. The average life expectancy of our people is 73 years. Moreover, the government is ensuring electricity access to 99 percent people," she added.

Noting that the government is implementing different mega projects ,she further said construction of Padma Bridge, Metrorail, Expressway and tunnel under the river Karnafuli  is progressing fast."

"We have modernized road, rail, air and sea communication systems," she described.

She went on saying that the government has transformed the country into 'Digital Bangladesh' where the number of internet users has crossed 12 crore.

She mentioned that the country led by the AL government has established sovereignty over the vast waters of the Bay of Bengal through the successful implementation of Vision-2021.

"We have been upgraded from a least developed country to a developed country. We are celebrating 'Mujib Borsho' in 2020-21 with the aim of celebrating the birth centenary of the Father of the Nation with due dignity . We have also celebrated the golden jubilee of independence of the country on 17-26 March ,2021," she said.

She added that several world leaders praised Bangladesh's progress in the celebrations.

In 'Mujib Borsho', the government has promised that no one will remain homeless, she said, adding : "In continuation of that, I will extend all facilities of the city to the remote rural areas. We are following 'Zero Tolerance' to eradicate militancy, terrorism and drugs. "

She said the government formulated the second perspective plan to achieve the 'Sustainable Development Goals' by 2030 and to build a hunger-poverty-free developed and prosperous Bangladesh by 2041 alongside adopting ‘Bangladesh Delta Plan-2100’.

Sheikh Hasina said on behalf of Awami League, we have provided food aid to more than 20 million people, oxygen assistance concentrator, cylinder ventilator,  high-flow nasal cannula and protective equipment along with more than 15 crore cash assistance. we have provided enough Iftar items and Eid gifts in last Ramadan. The Awami League is the only party that has stood by the people during this COVID-19 pandemic.

Highlighting the government’s responses to overcome the crisis triggered by the global pandemic COVID-19, Sheikh Hasina said, “I have given 31-point instructions to cope with the coronavirus (COVID-19) pandemic.

The government has appointed adequate numbers of doctors-nurses-technicians to deal with the pandemic."

"We have officially given an incentive of TK 1 lakh 28 thousand 441 crore under 23 packages. As a result, we have achieved 5.2 percent GDP growth even in pandemic  situation,” she informed.

“Awami League has a glorious role in every major achievement of the Bengali nation. We have stood with our head high in the world as a self-respecting country under the leadership of AL government. In future Awami League along with the people will build a poverty-hunger free, happy, prosperous and developed Sonar Bangladesh as envisioned by the Father of the Nation," she said.

The AL president urged all to celebrate the party’s founding anniversary through virtual media, maintaining the health safety  guidelines and other rules, set by the government instead of public gatherings.